When I first got my Persian Cavalry (along with the Immortal, Phalanx and Companion Cavalry all in one "Age of Battles box, for a meager 40$), I was going to paint them in a simple desert tan, brown and beige scheme. And once I was halfway through finishing them all, I saw the colorful painting on 2paintMiniatures webpage, and couldn't help but fall in love with them, and did what I usually do when I`m halfway through painting an army, restart and make them look better.

I decided to paint all of my Persian figures in these colorful, exotic outfits. They are from an ancient empire that is in the the easternmost edges of the United Arab lands, and have been fighting the empire and it's expansions for centuries. They used to rule most of the desert, but now form a great minority of the United Arab army, their empire a shadow of what it once was. But their soldiers are of very good quality, and the exotic mounts they bring into battle strike fear into their enemies. It is the richest city in the Arab lands, but is very exclusive, and has an incredible amount of slaves. To their east is the great sunset sea, and past that a very thick, and lush jungles, and grasslands that spread for miles, with grass that grows nearly 2m tall. Although much of it may be myth, since asides from explorers and merchants from the Great City (capital of these guys former empire, haven't chosen a name yet), no western explorers have really explored it, not seeing any worth in legends, and not wanting to deal with the "Persian" forts there, or the Wildmen that live there, which have been fighting a guerrilla style war against the "Persian" expeditions and merchants ever since they set foot on their land.. They coulour their armour and horses with the brightest of dyes and clothes.

Think of them as ancient Indians mixed with ancient Persians, and they are siding with the Arabs, forming their best quality troops, bringing with them Elephant and Zebra Cavalry (which they captured across the eastern sea), along with chariots, which their nobles use to shred through weakened Imperial formations. 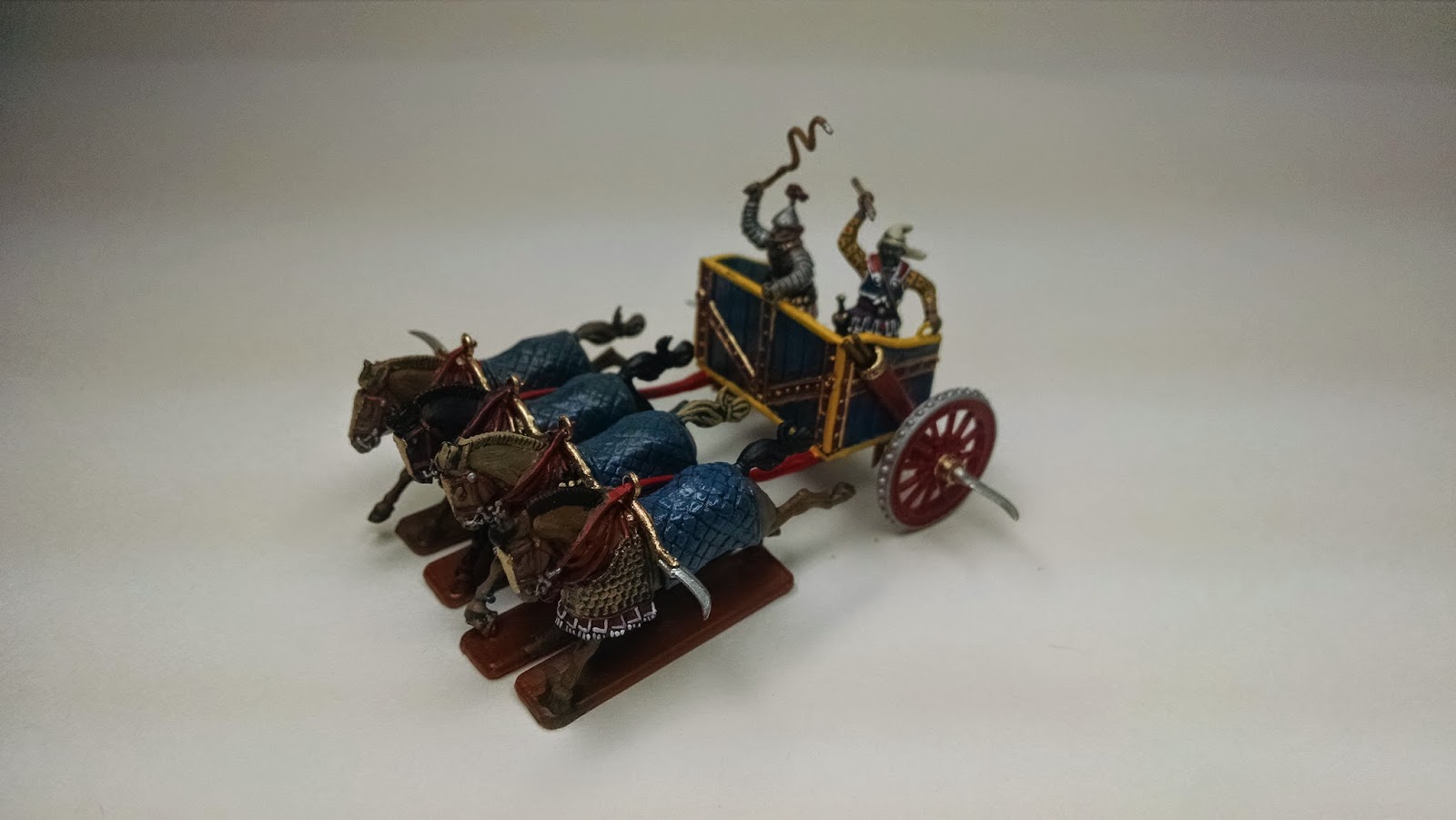 I was going to paint the horses as Zebras, but after taking an hour to do the stripes on An armoured Zebra (for a later post ;), I realised it was too time consuming, and time is not something I have an abundance of at the moment, with College classes, Work and Gym, my usual day starts at 5 am, and ends at 6:30pm or so, giving me about an hour and a half to eat, clean and paint. (Which is why I have trouble posting consistently). 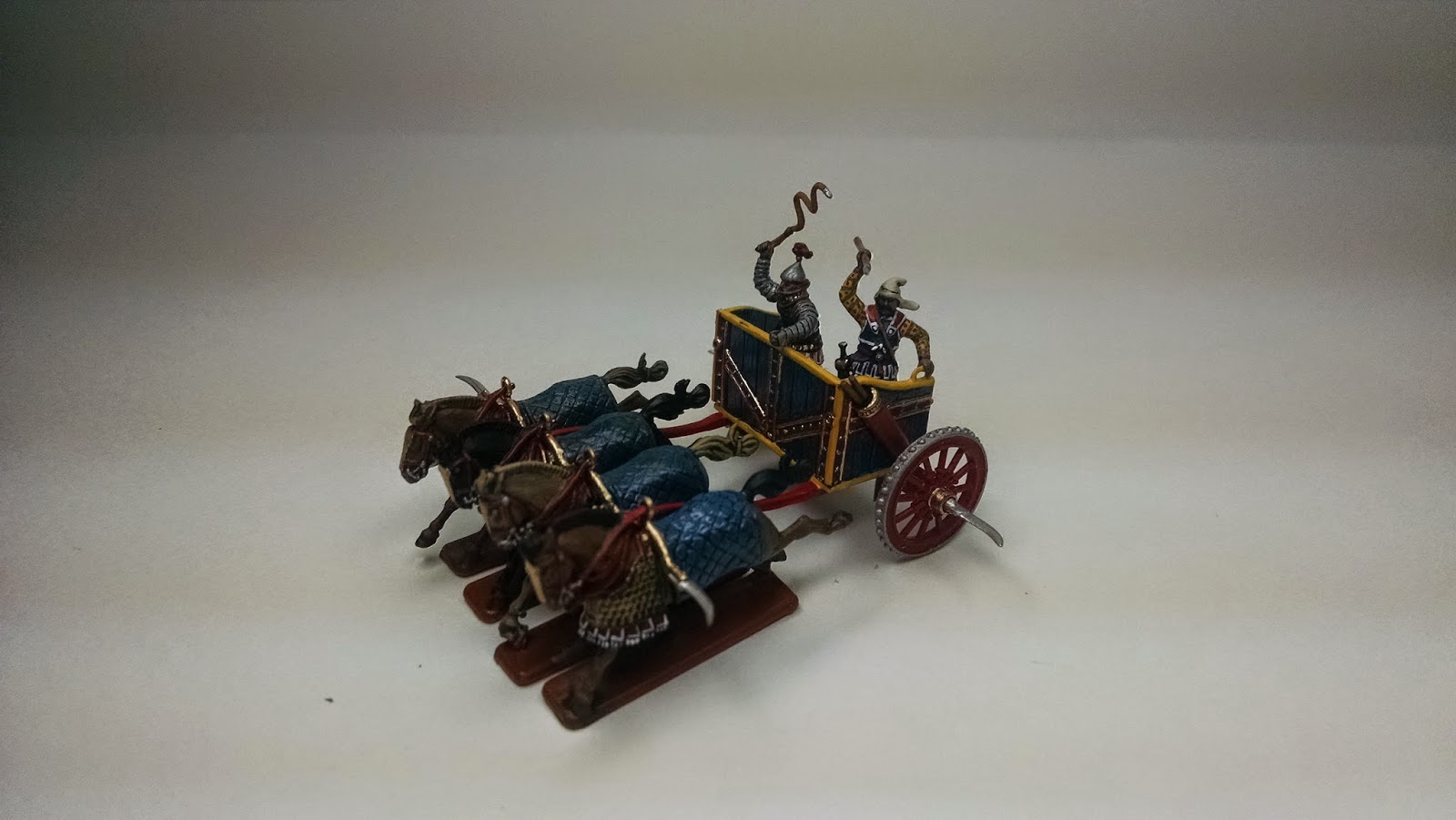 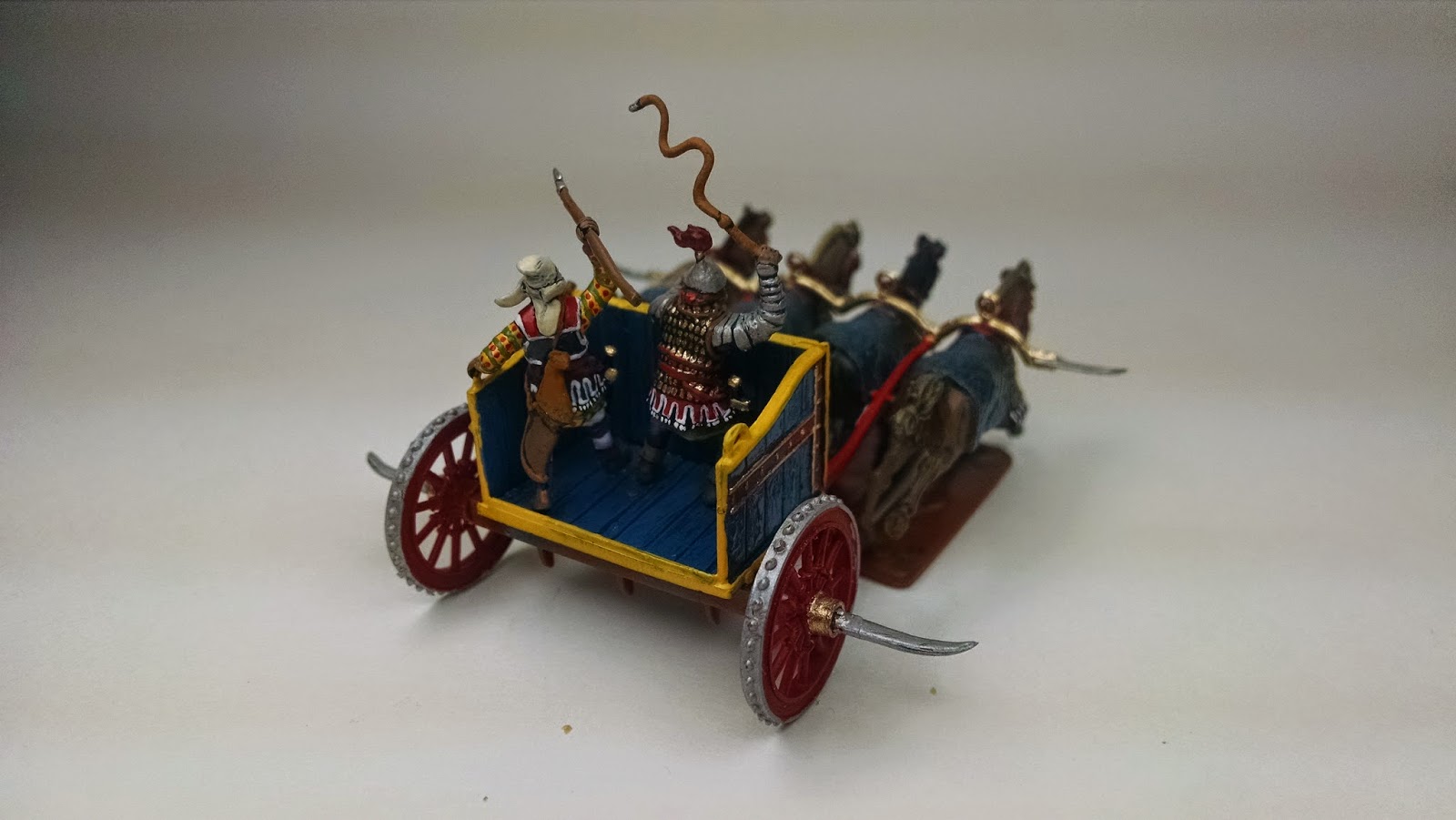 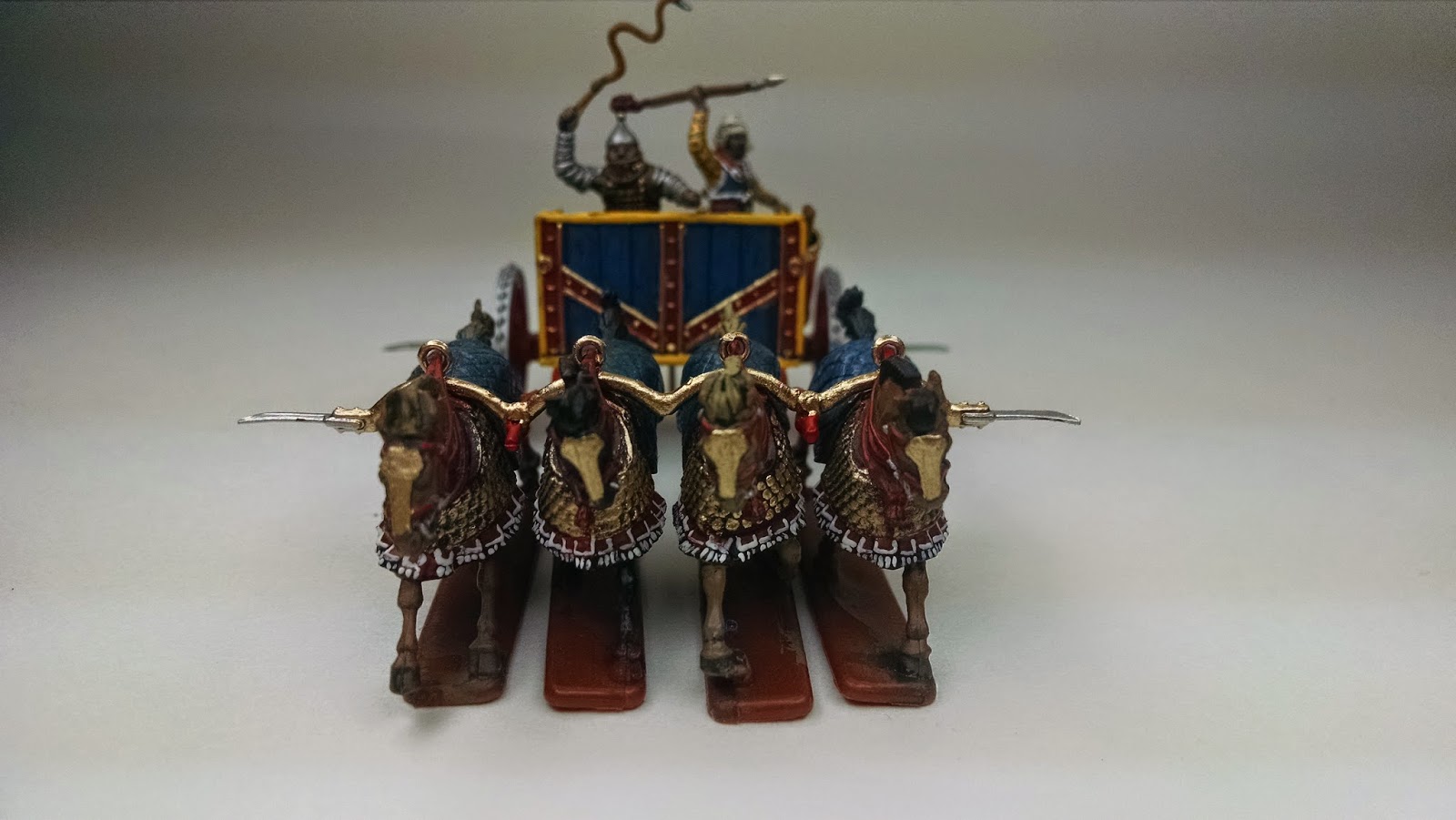 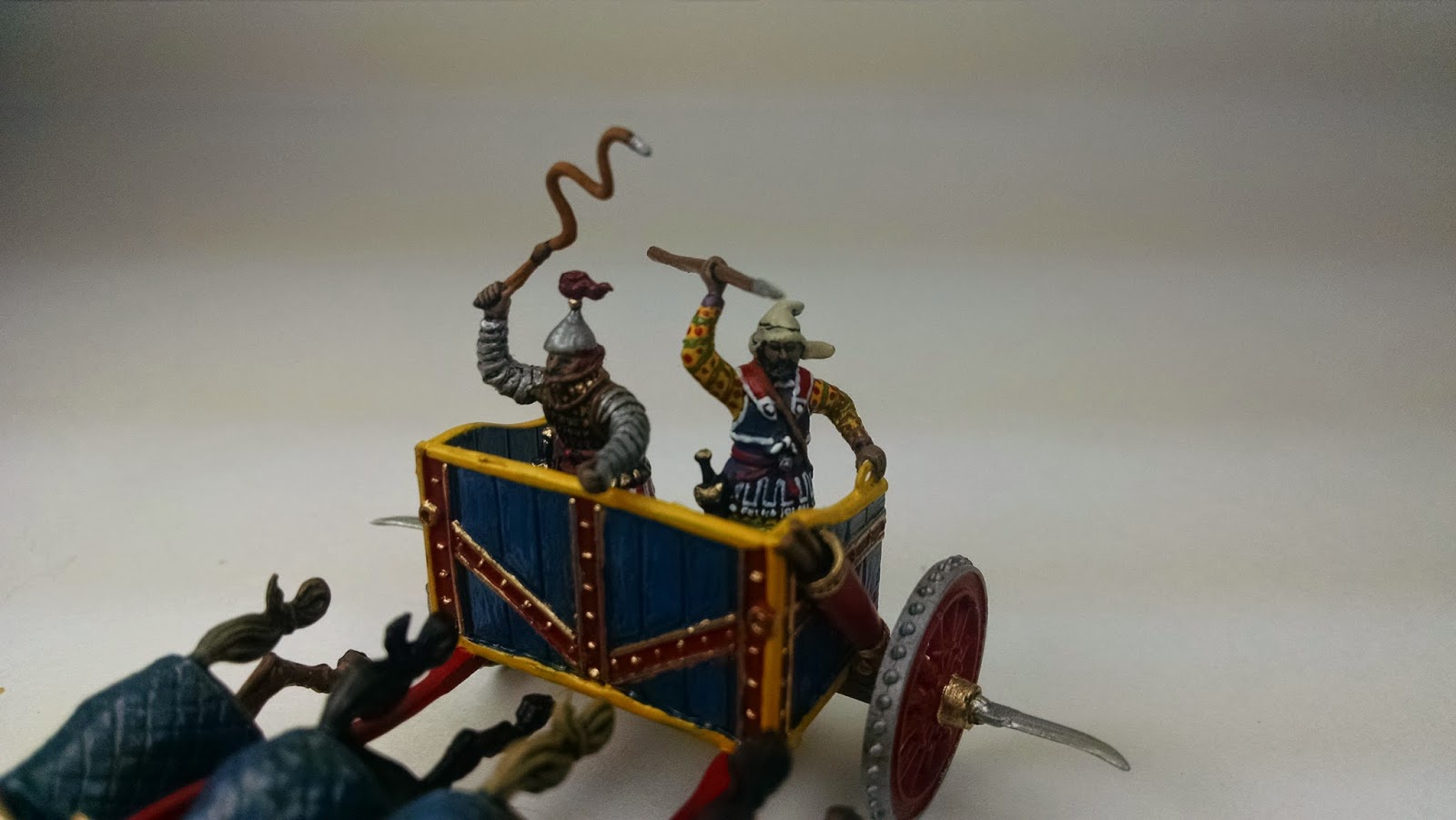 I noticed that many of my newest subscribers seem to be fans of napoleonics, so expect to see more Austrians (and even some Hungarians).

Anyways, have a nice weekend everyone!
FF
Posted by FriendlyFire at 09:51 5 comments: