I know I'm pushing it by putting Winged Hussars in the same universe as Greek phalanxes, but first of all, they will not be facing each other (because of there locations and faction allegiances), and second, I took off their guns, to make them more suited for a medieval world. Just think of them as an elite corps of highly trained knights. They will be the Elite of the royalist cavalry.

Once again, do not look for historical accuracy, since these are just based off the real ones, but for a fantasy game. 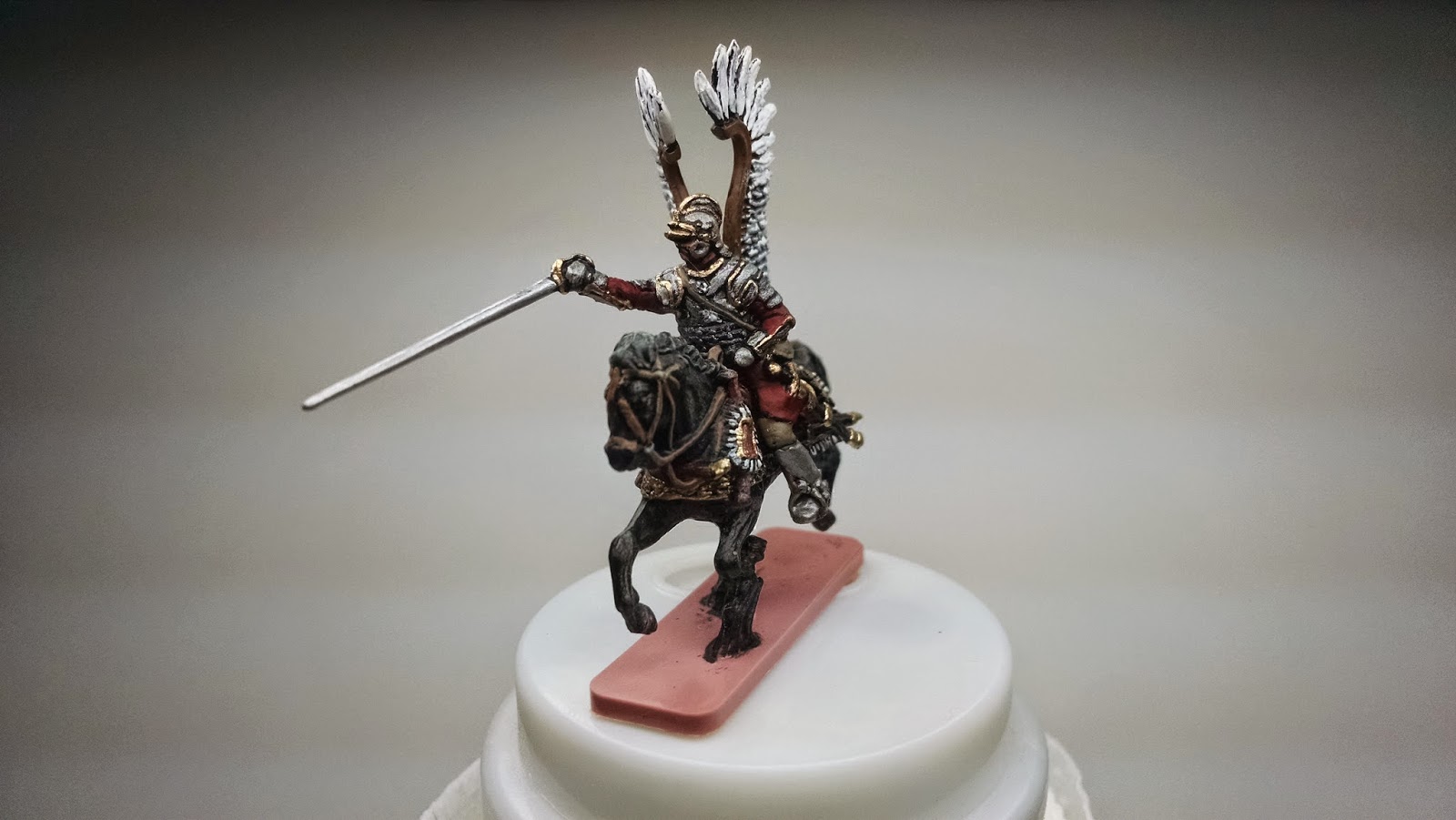 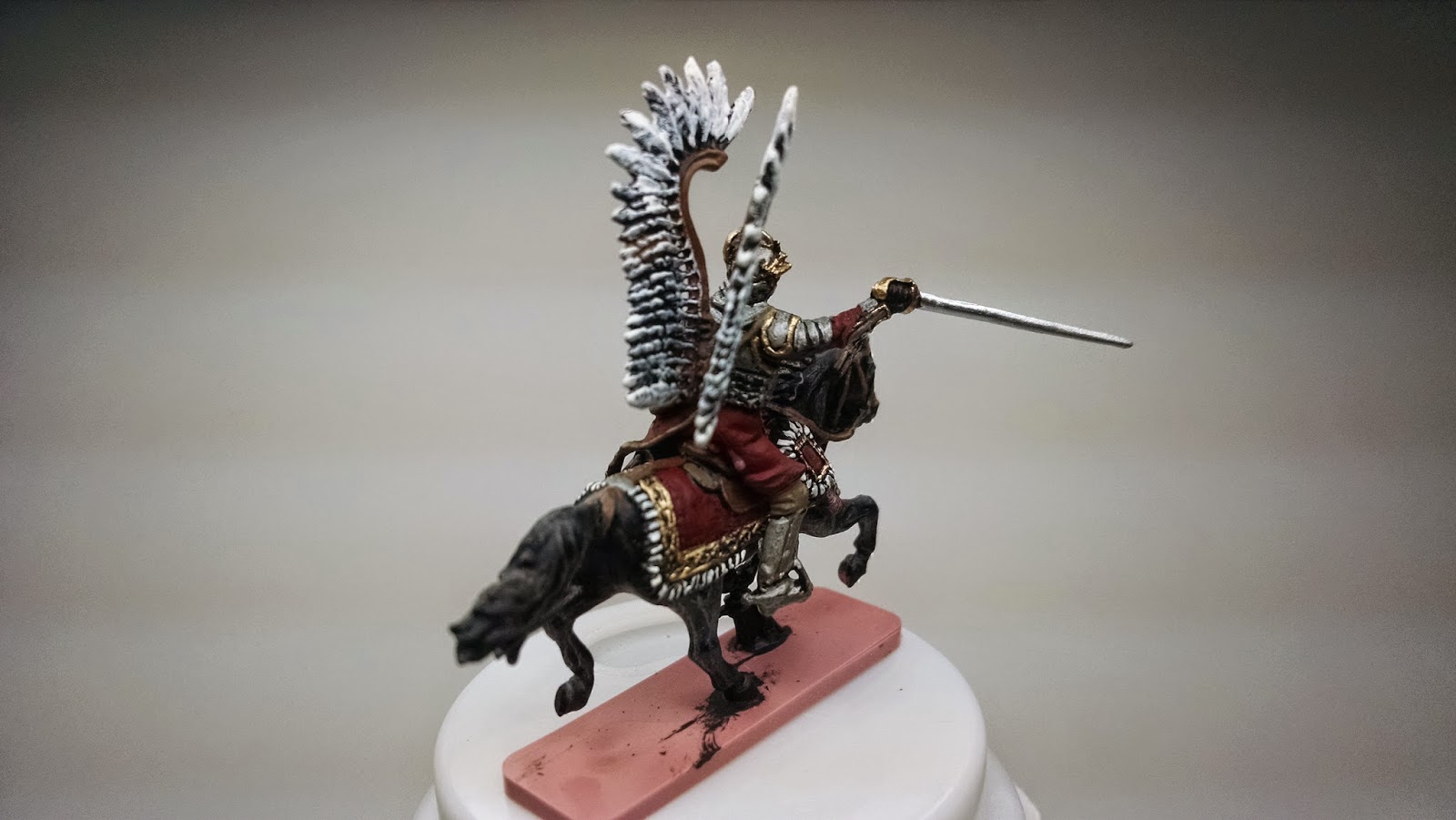 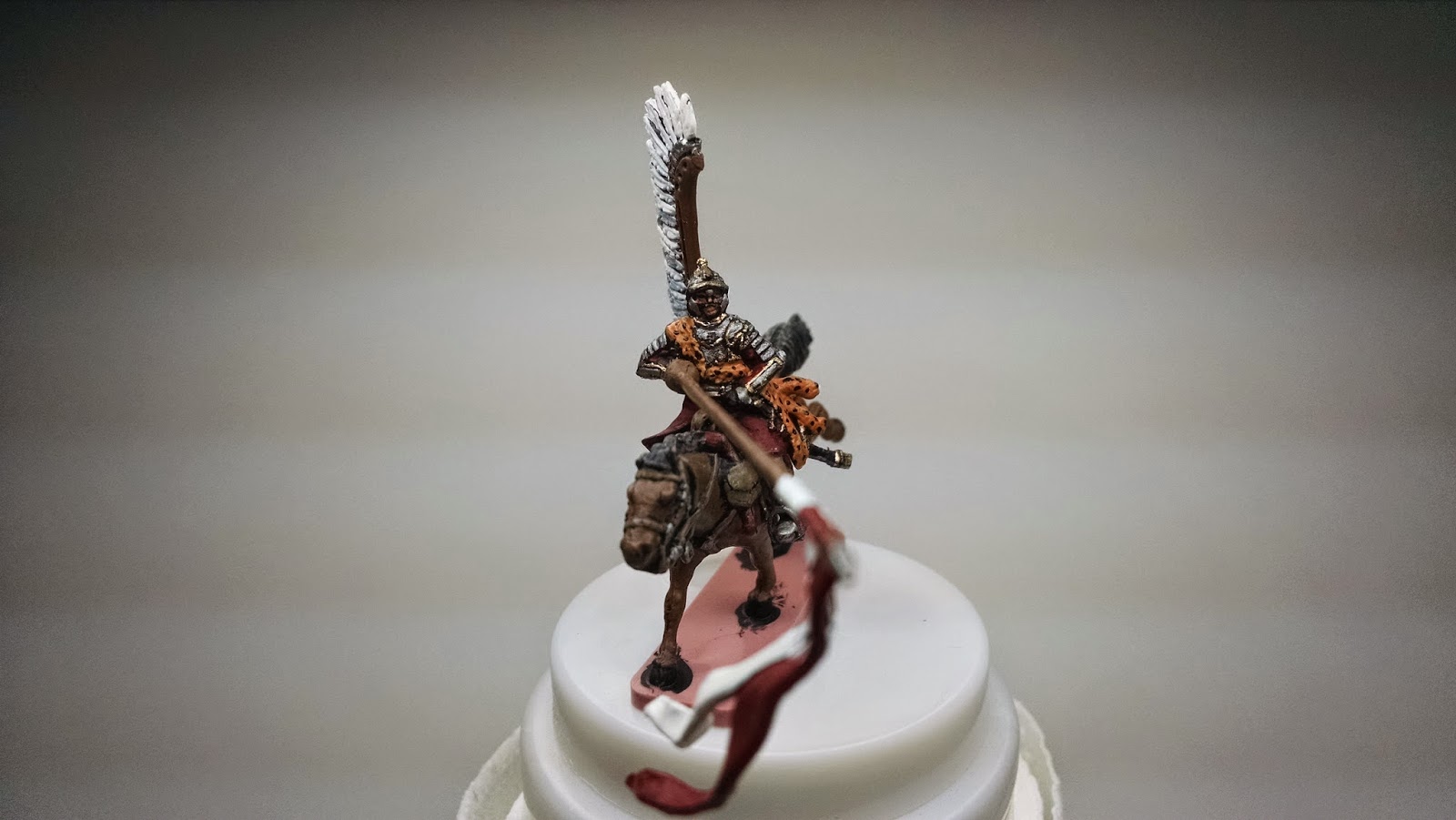 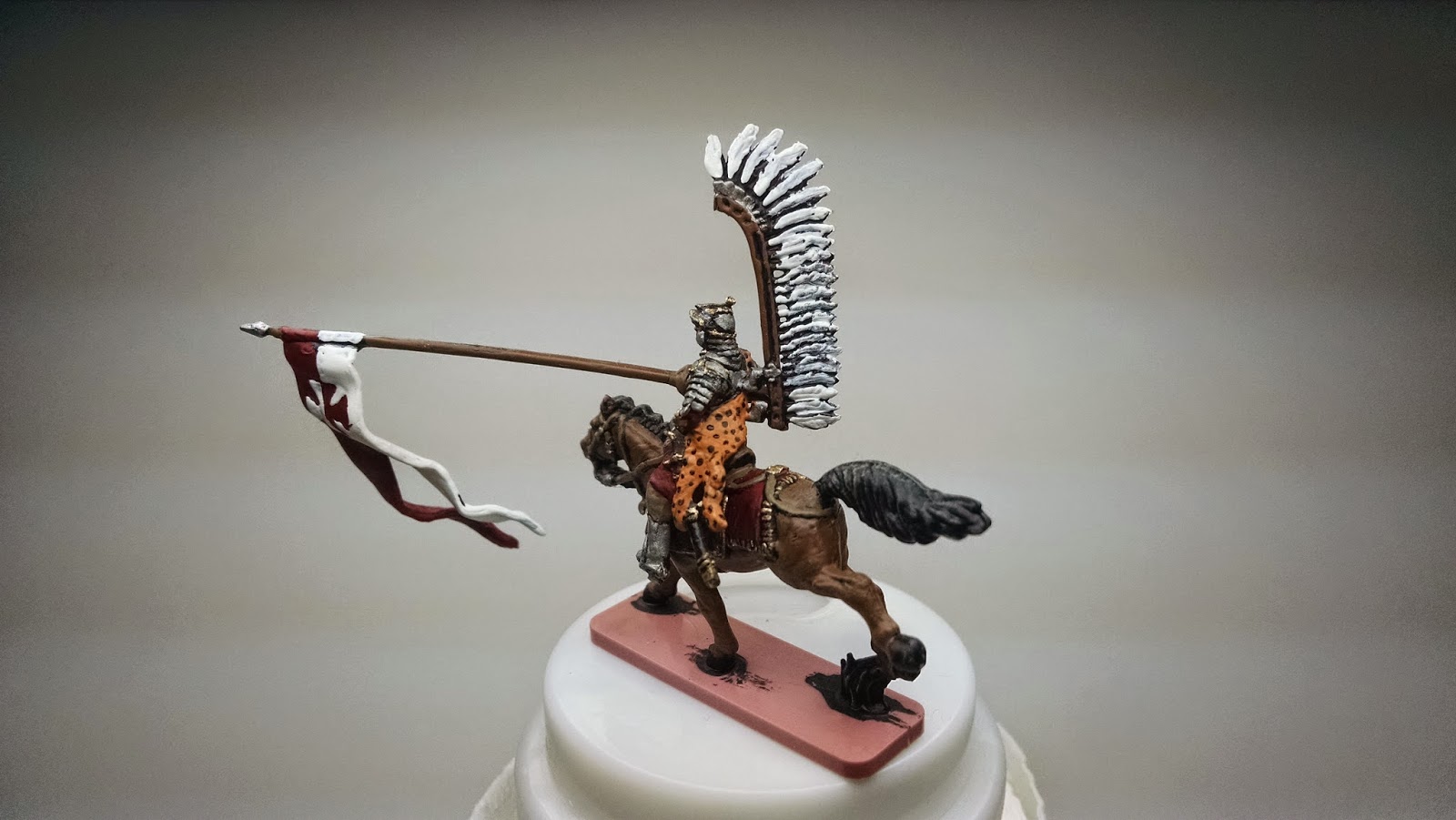 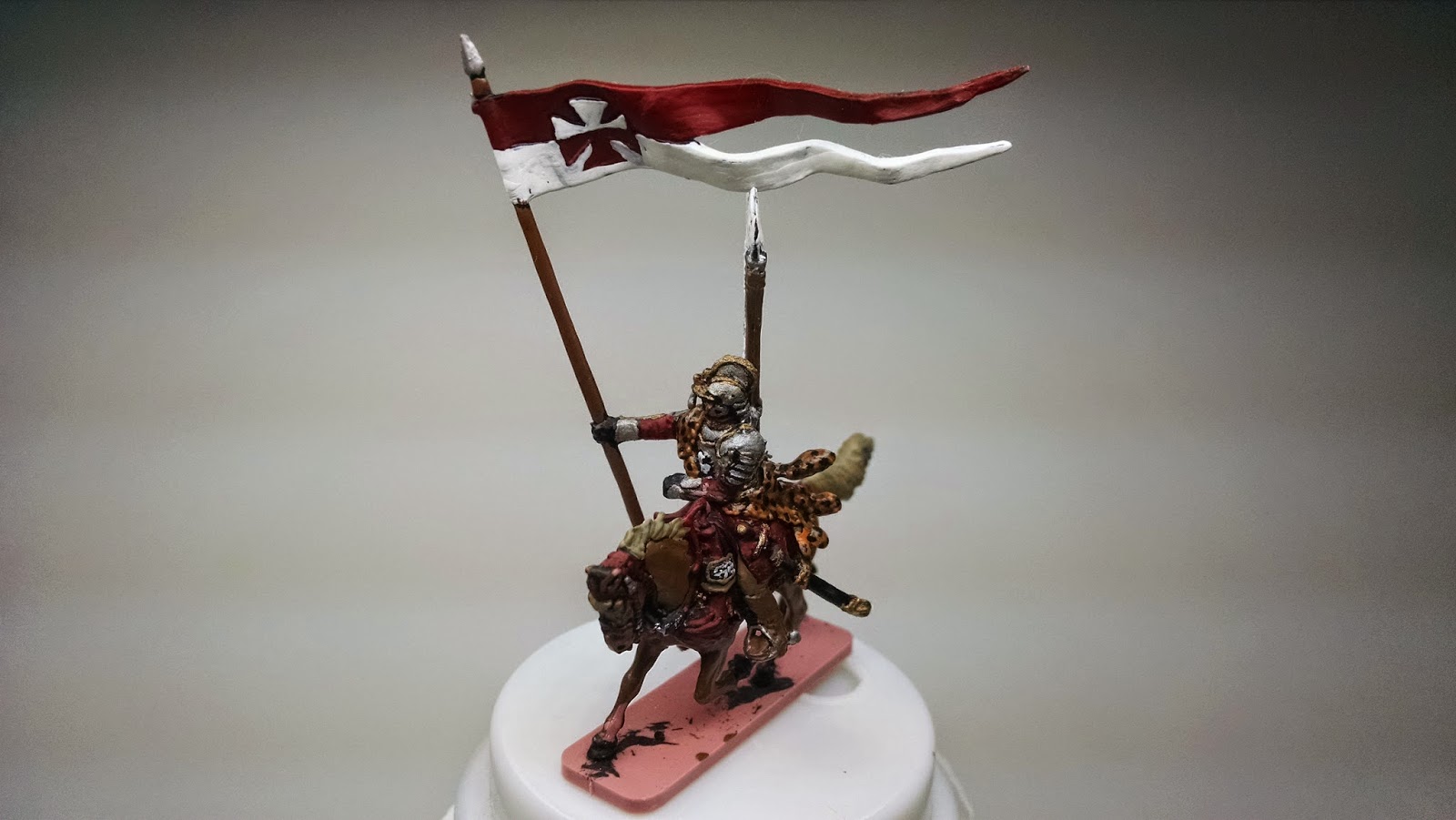 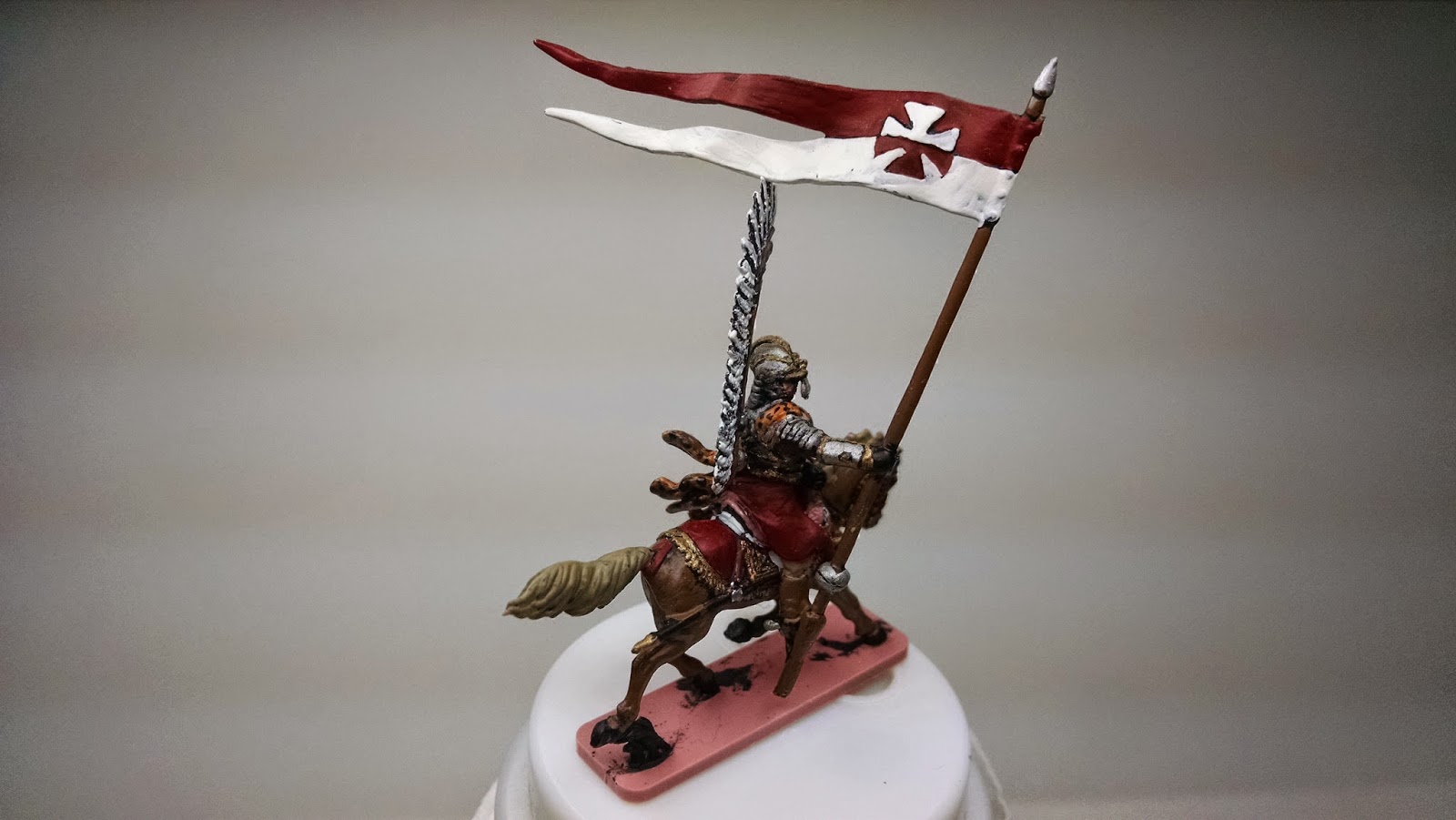 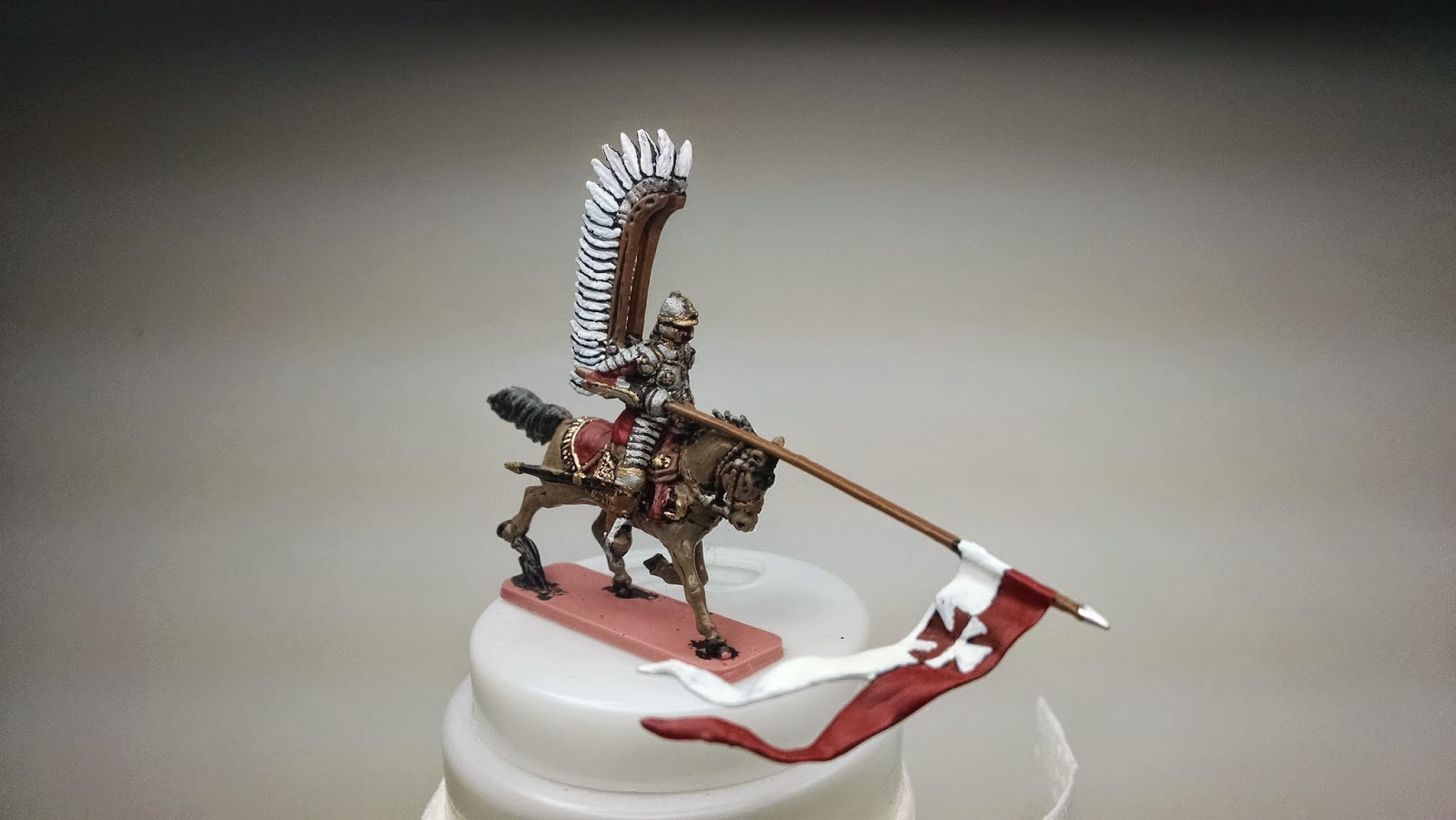 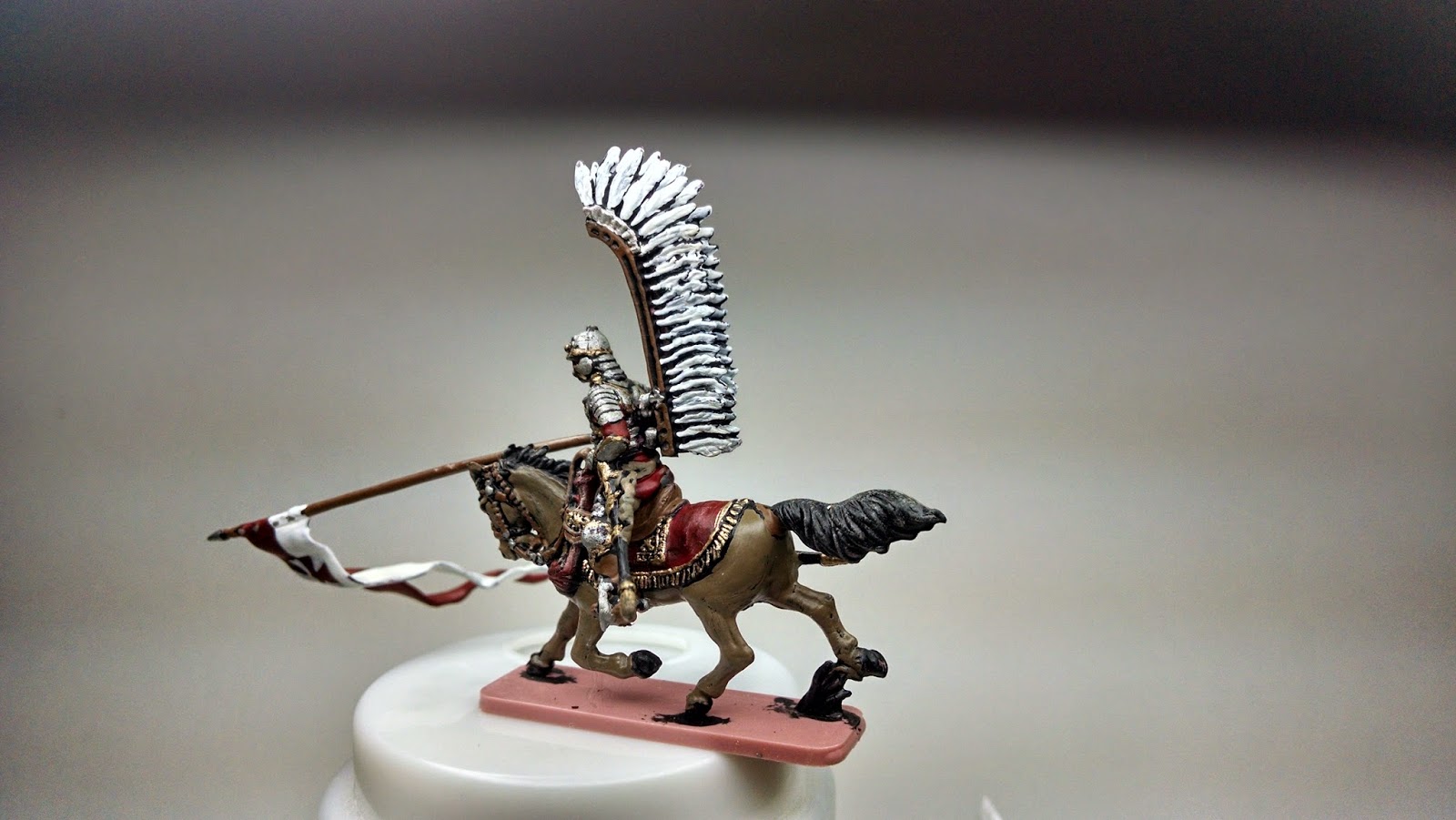 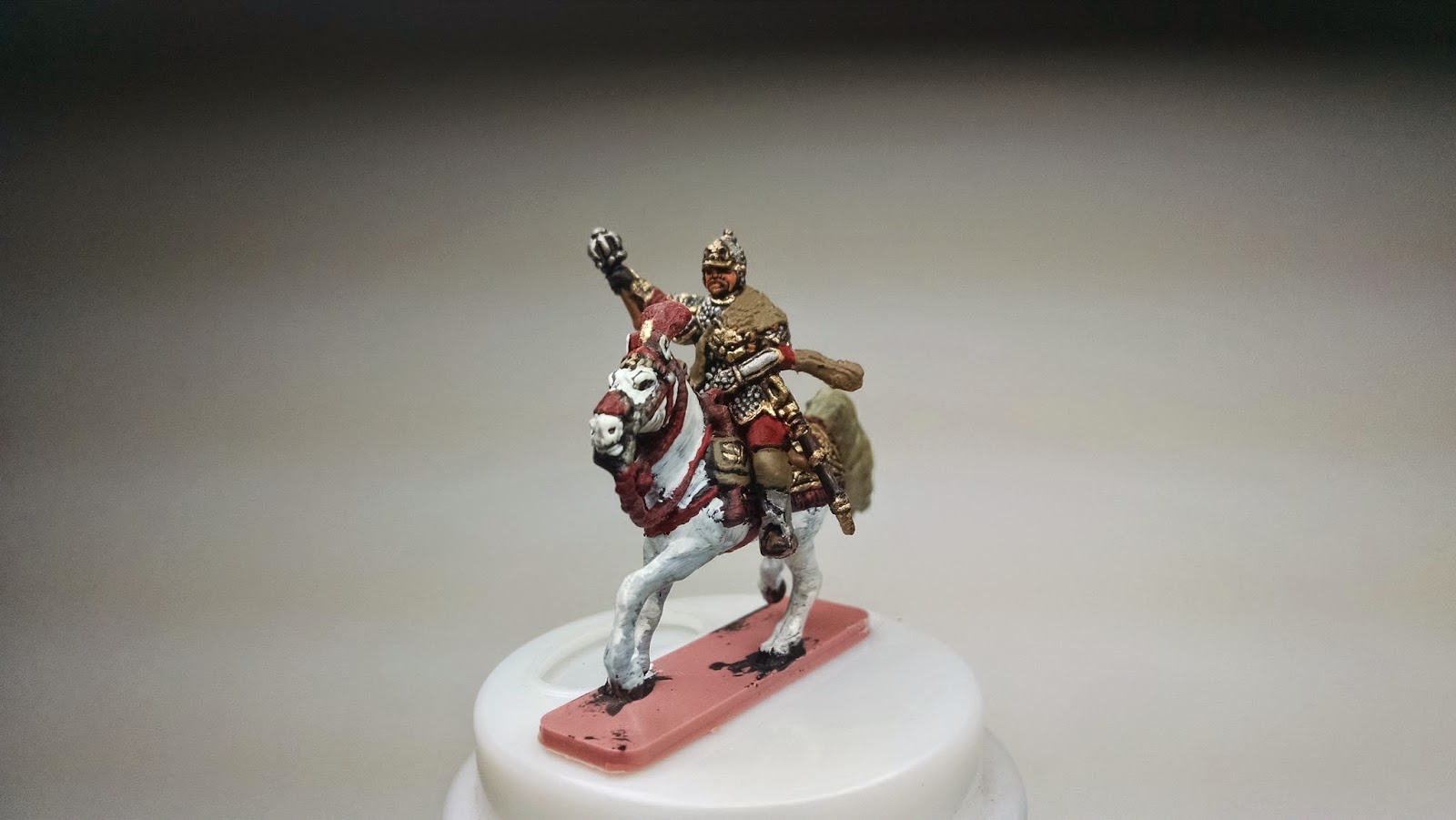 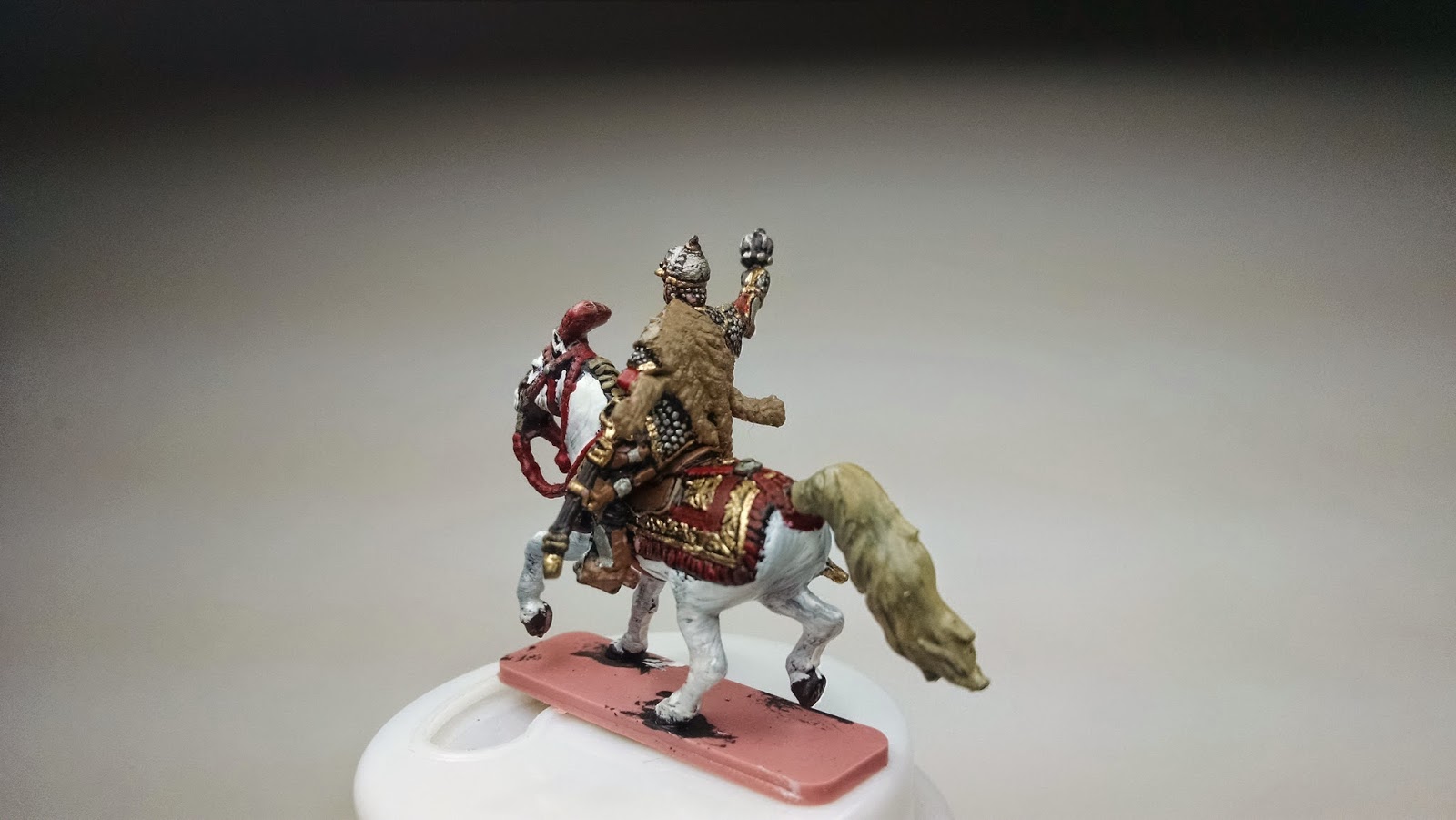 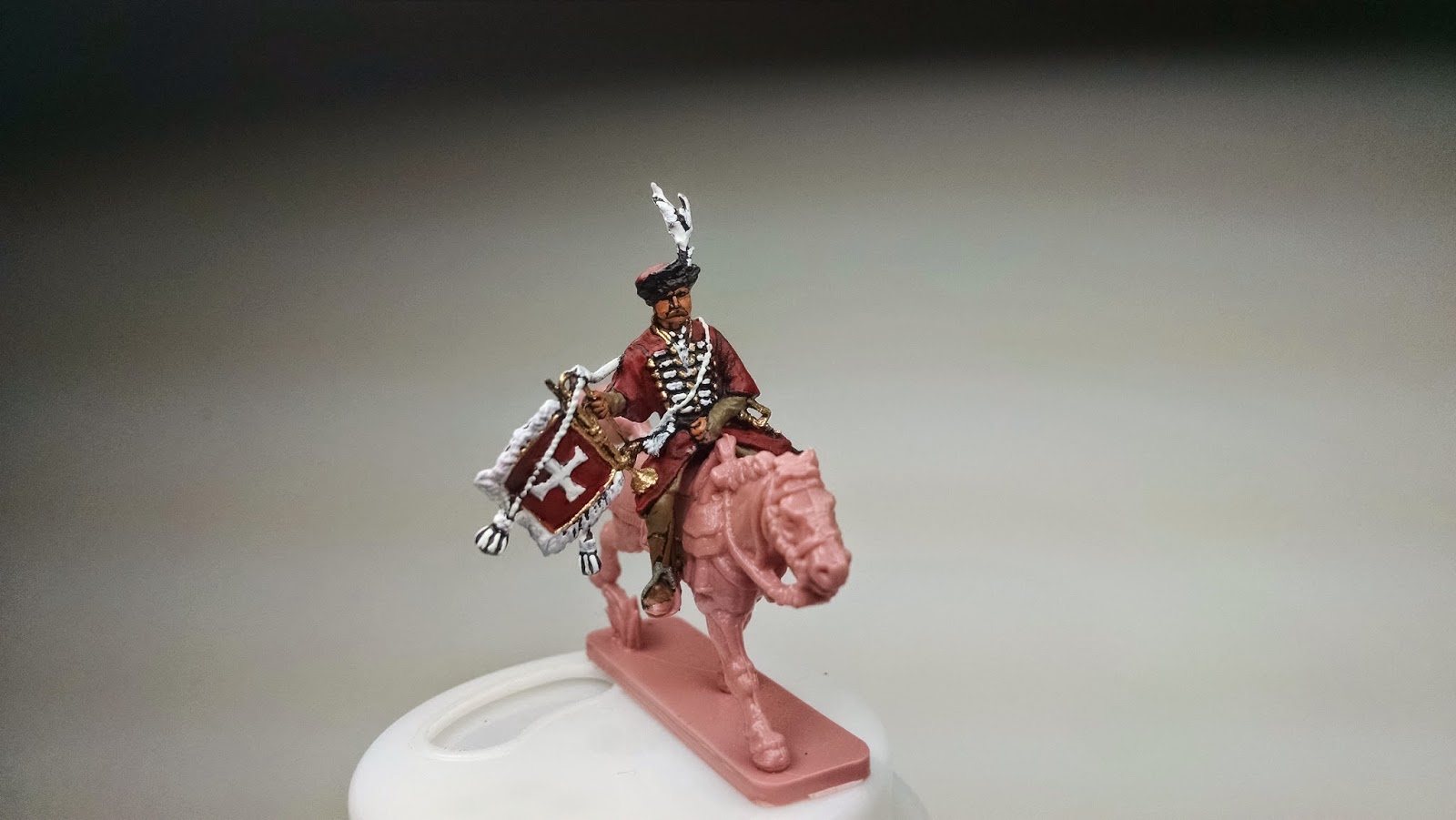 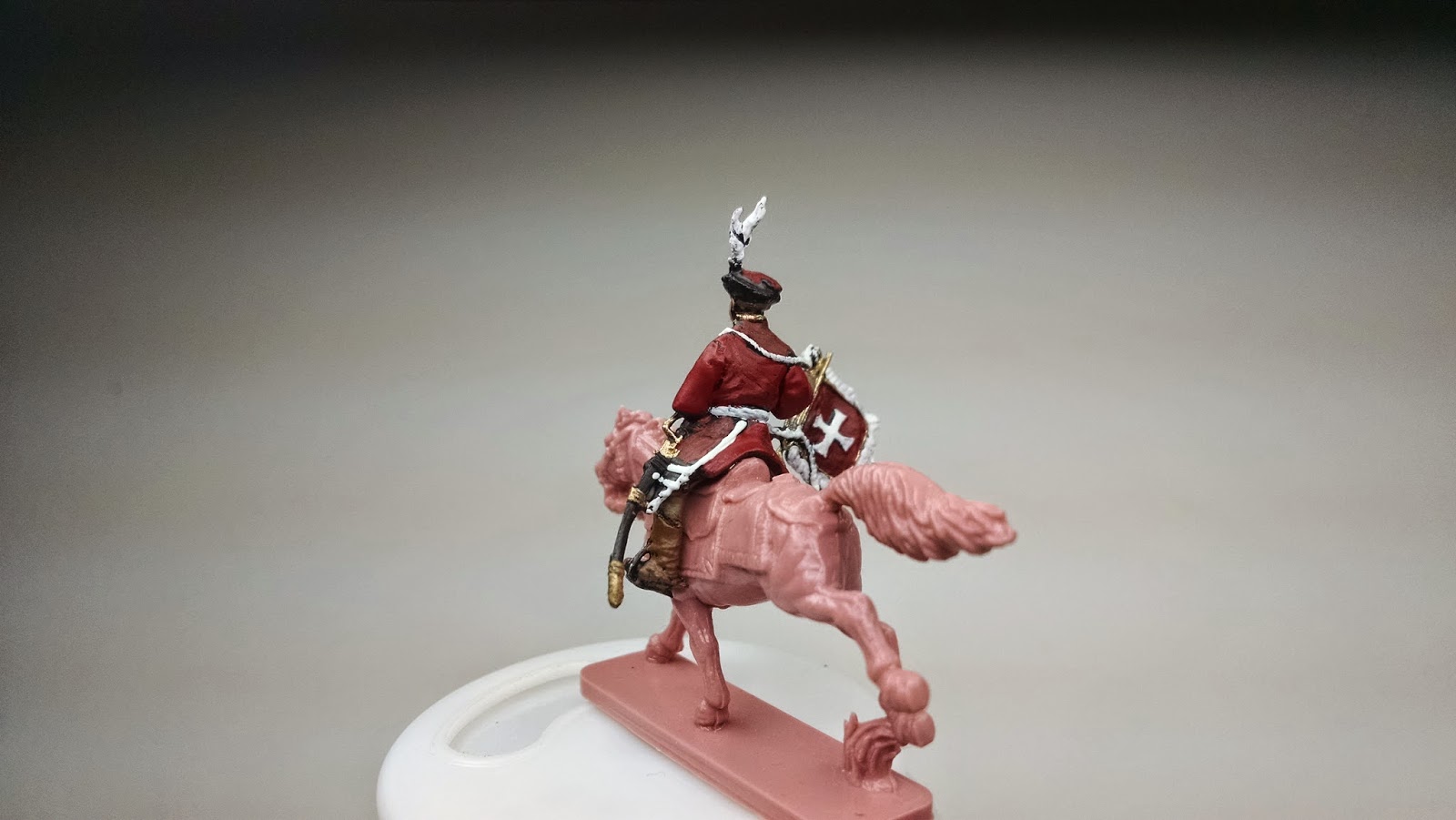 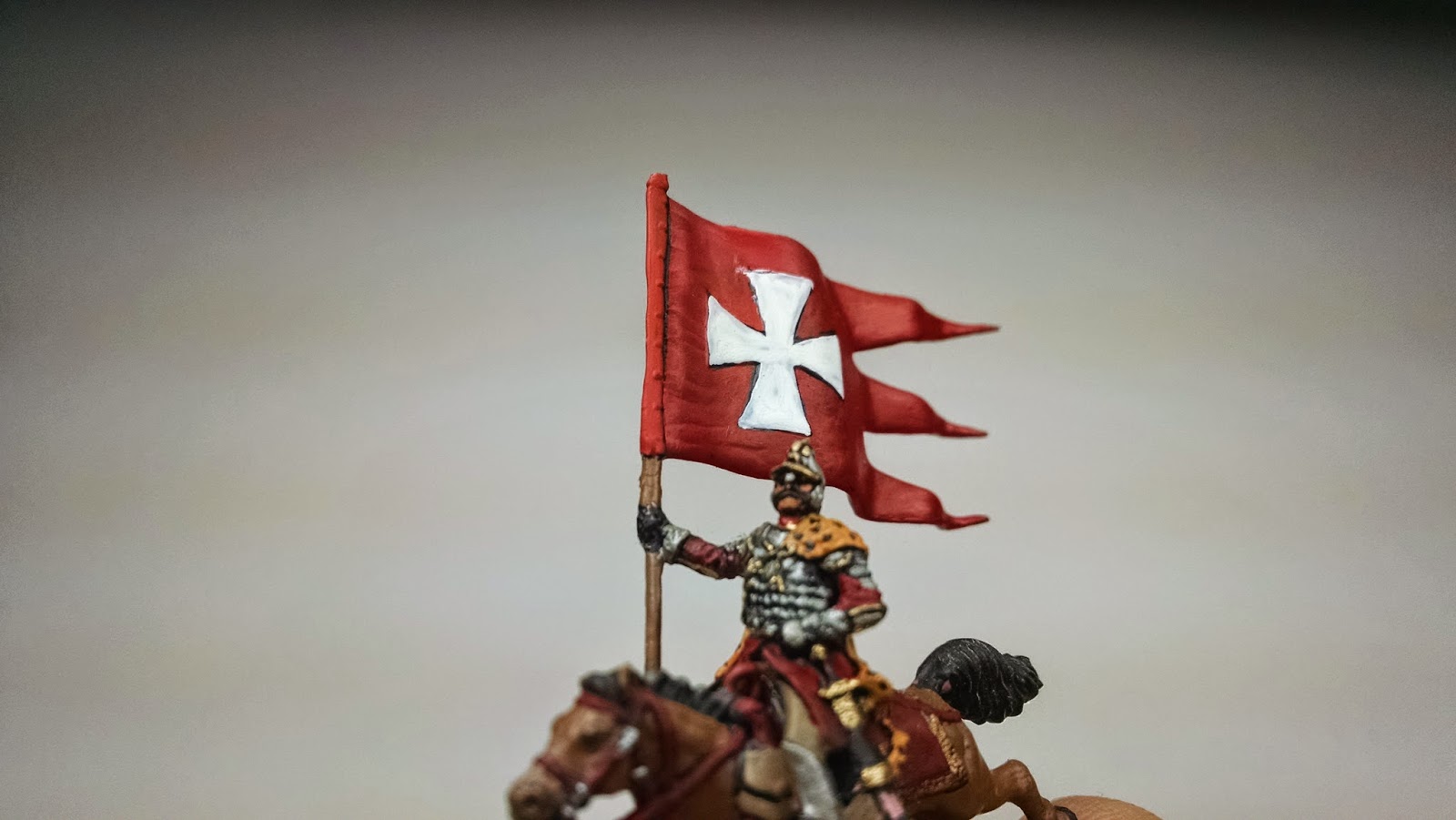 The figures are all finished, and I just have a few more of the horses to finish (can't promise when I'll get to them, since I have at least 100 horses of all kind waiting to be painted.) Very excellent set of figures, they were a joy to paint. 9/10 quality as is the norm with most Zvezda sets.

Anyways I hope you liked them,
Have a good weekend,
FF
Posted by FriendlyFire at 17:28 9 comments:

This is my latest version, and my favorite looking. I painted them like I do with my WW2 figures, with a wash and repainting details above it. 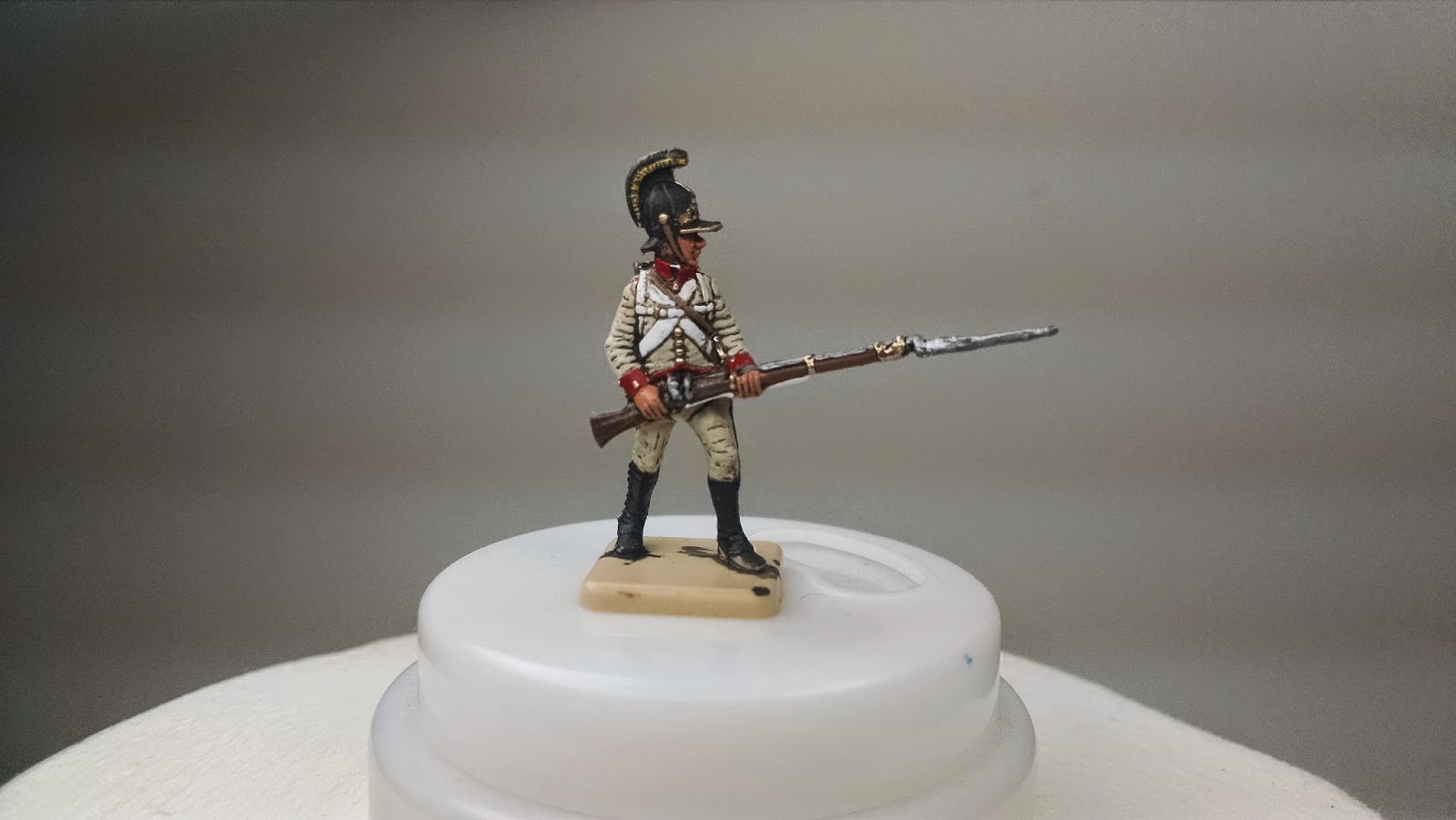 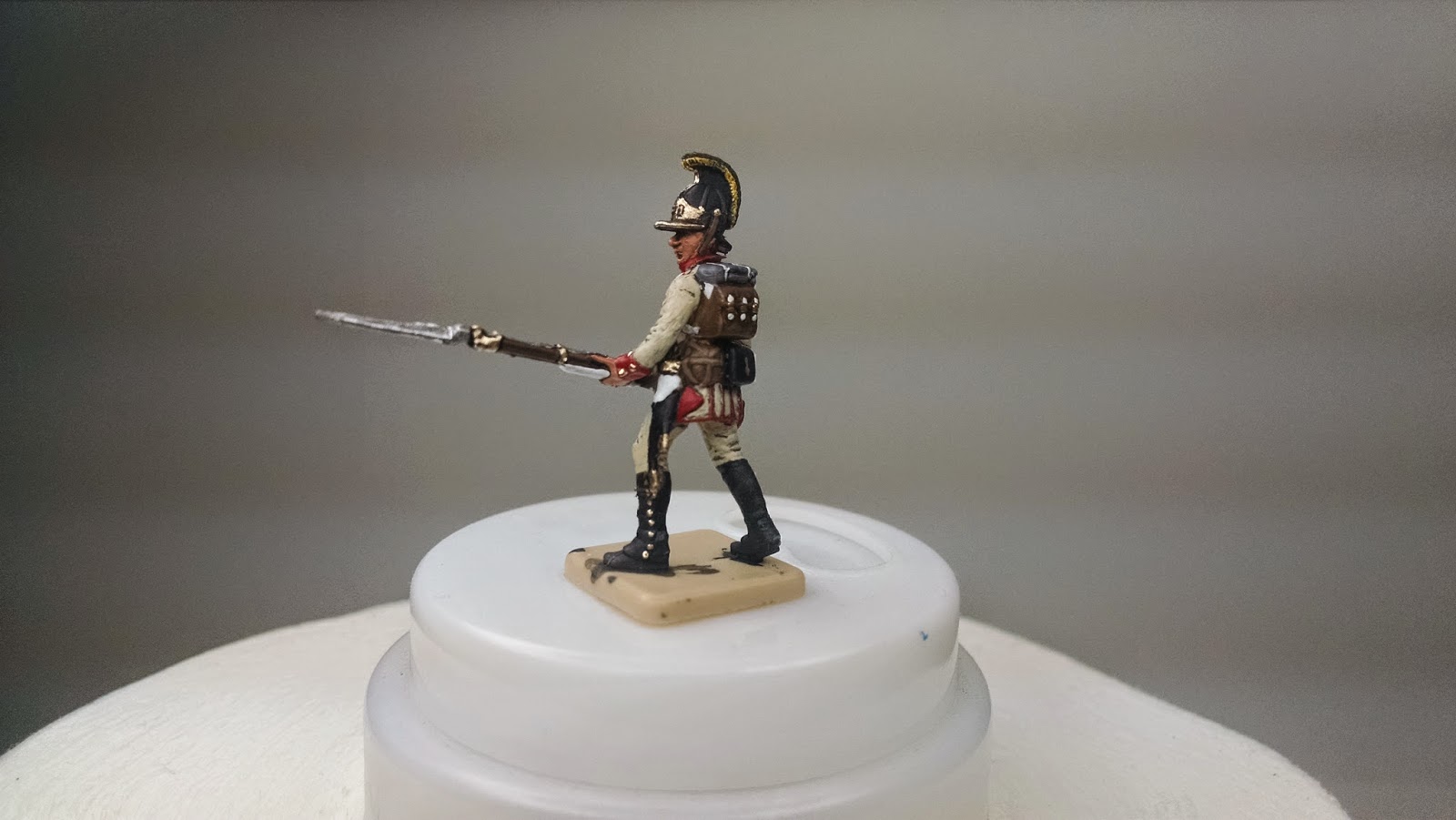 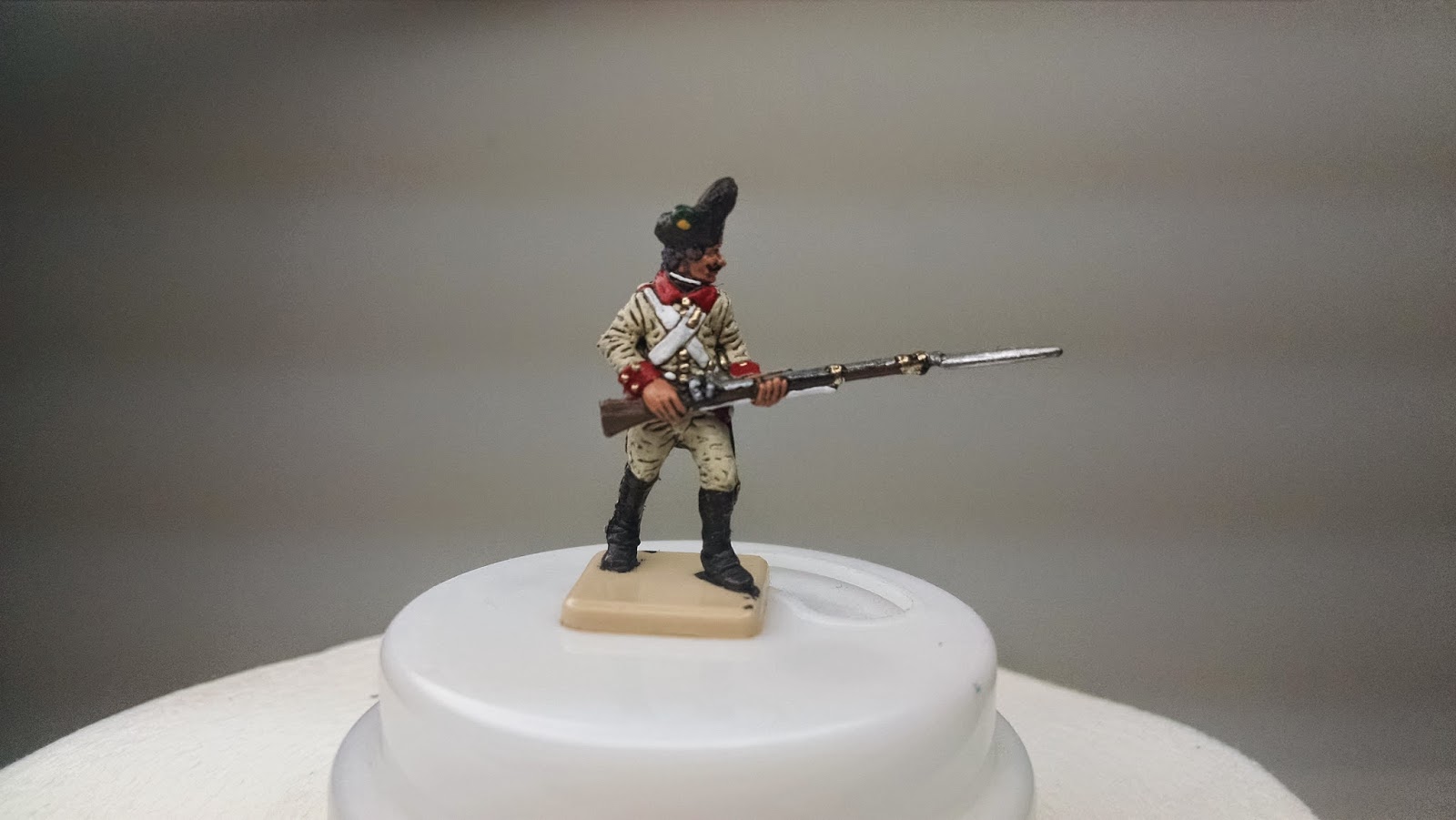 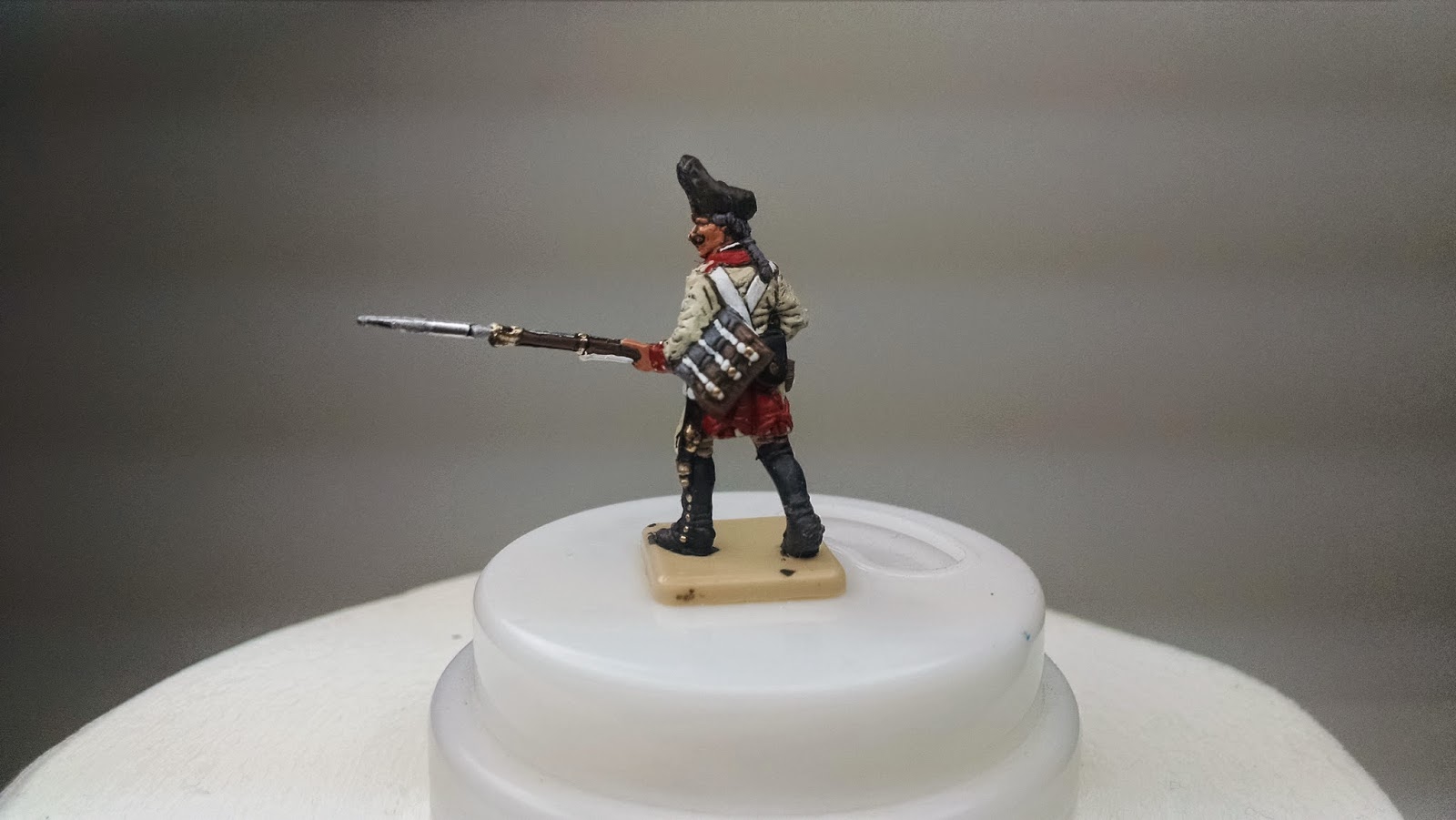 This is my black based, clean white version, which doesn't look realistic in my opinion. I painted them the way I painted my Fantasy Medievals and other Napoleonics. 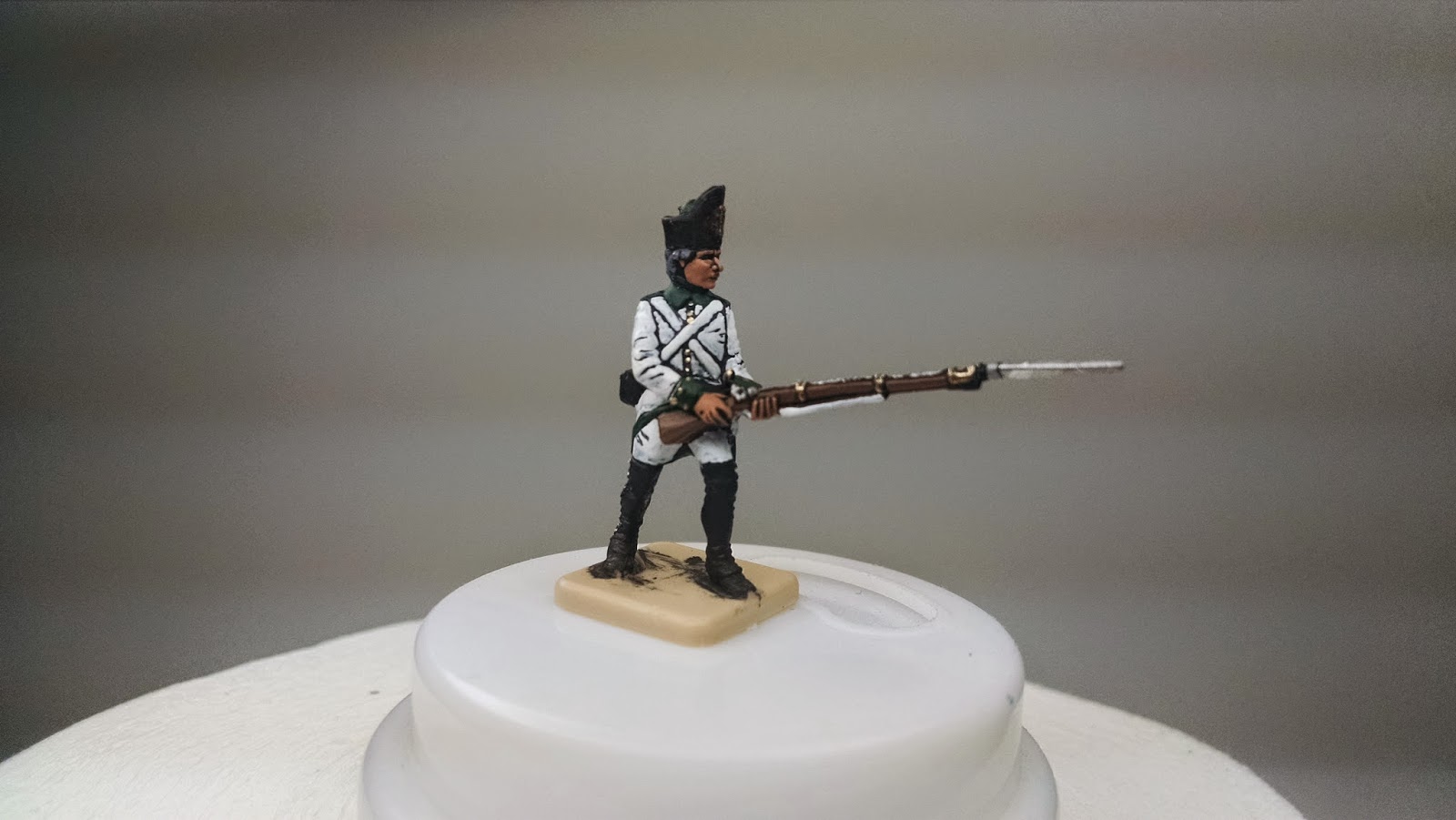 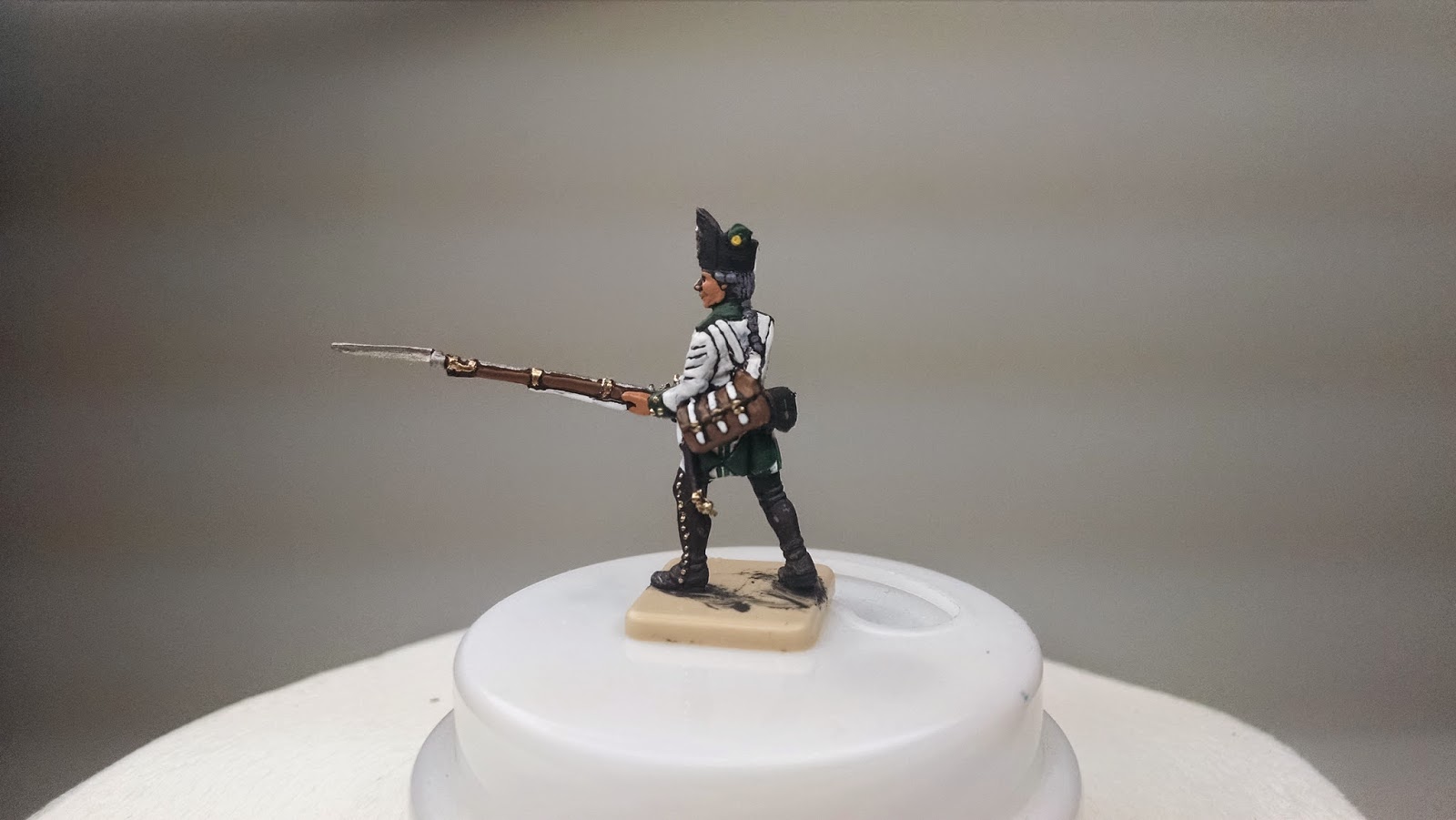 Same her, but with the cream instead of white. He used to have red sleeves before, but I changed them since he reminded me too much of my late Romans. 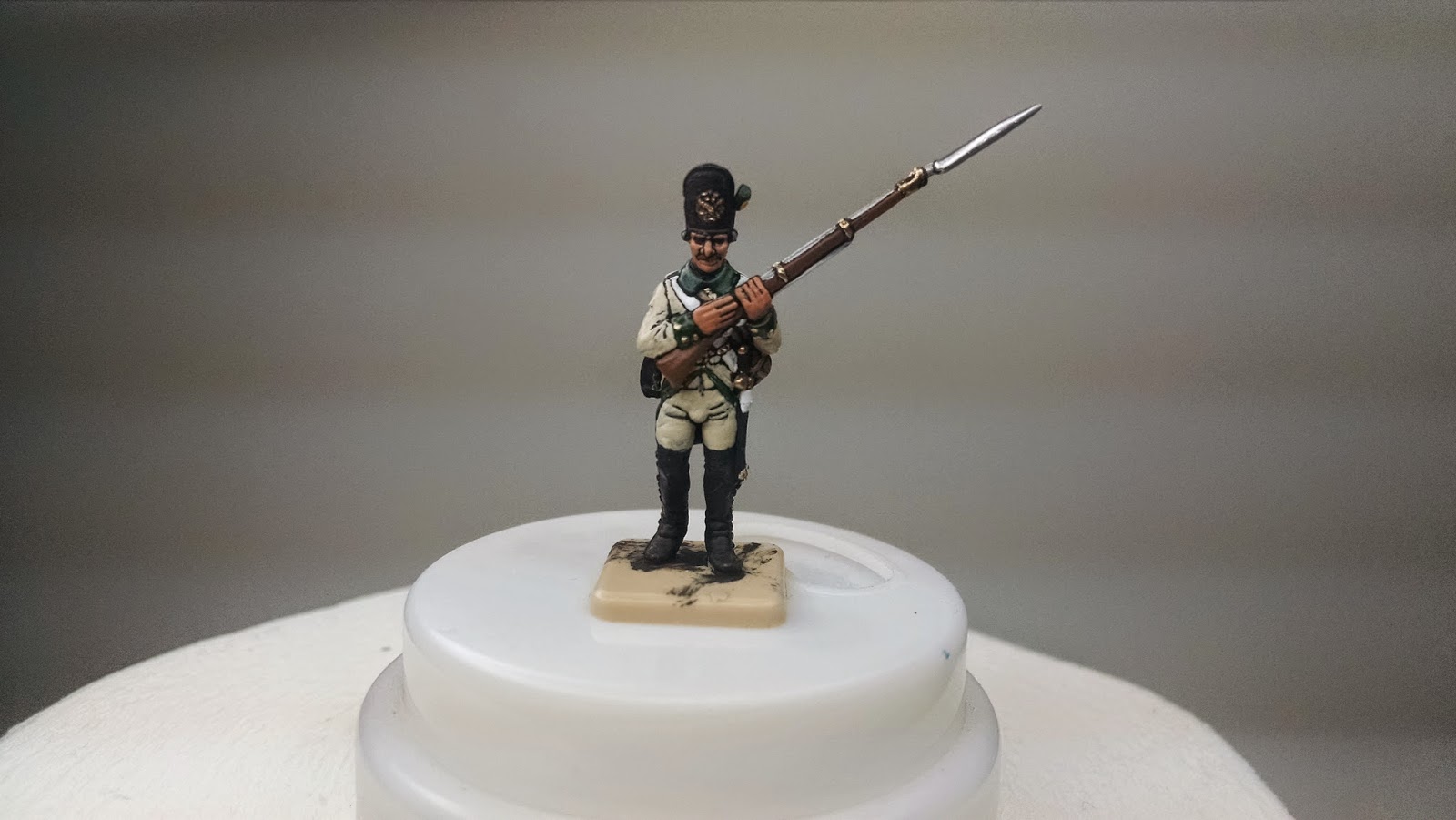 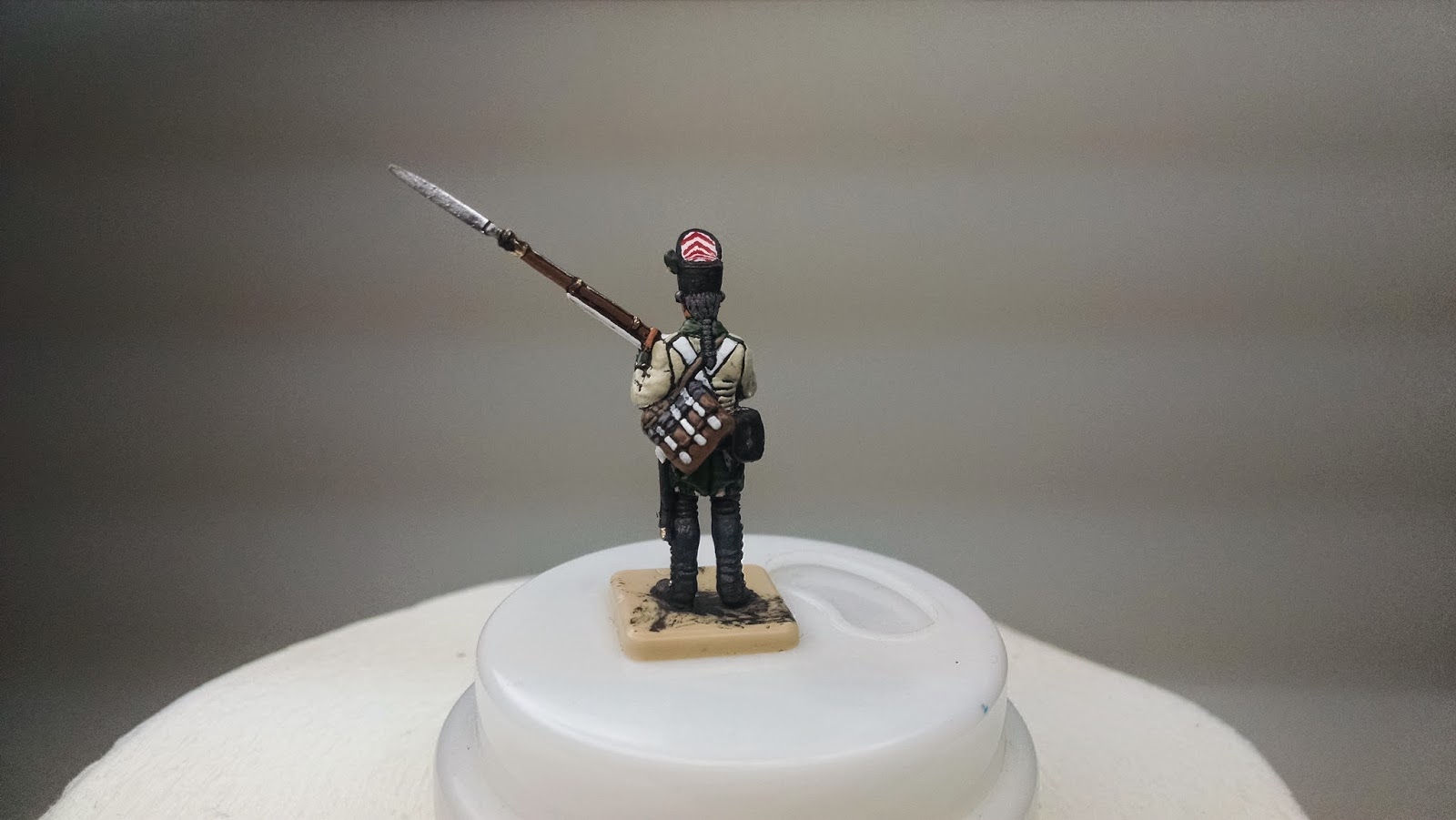 This is the wash with white paint finish instead of cream. 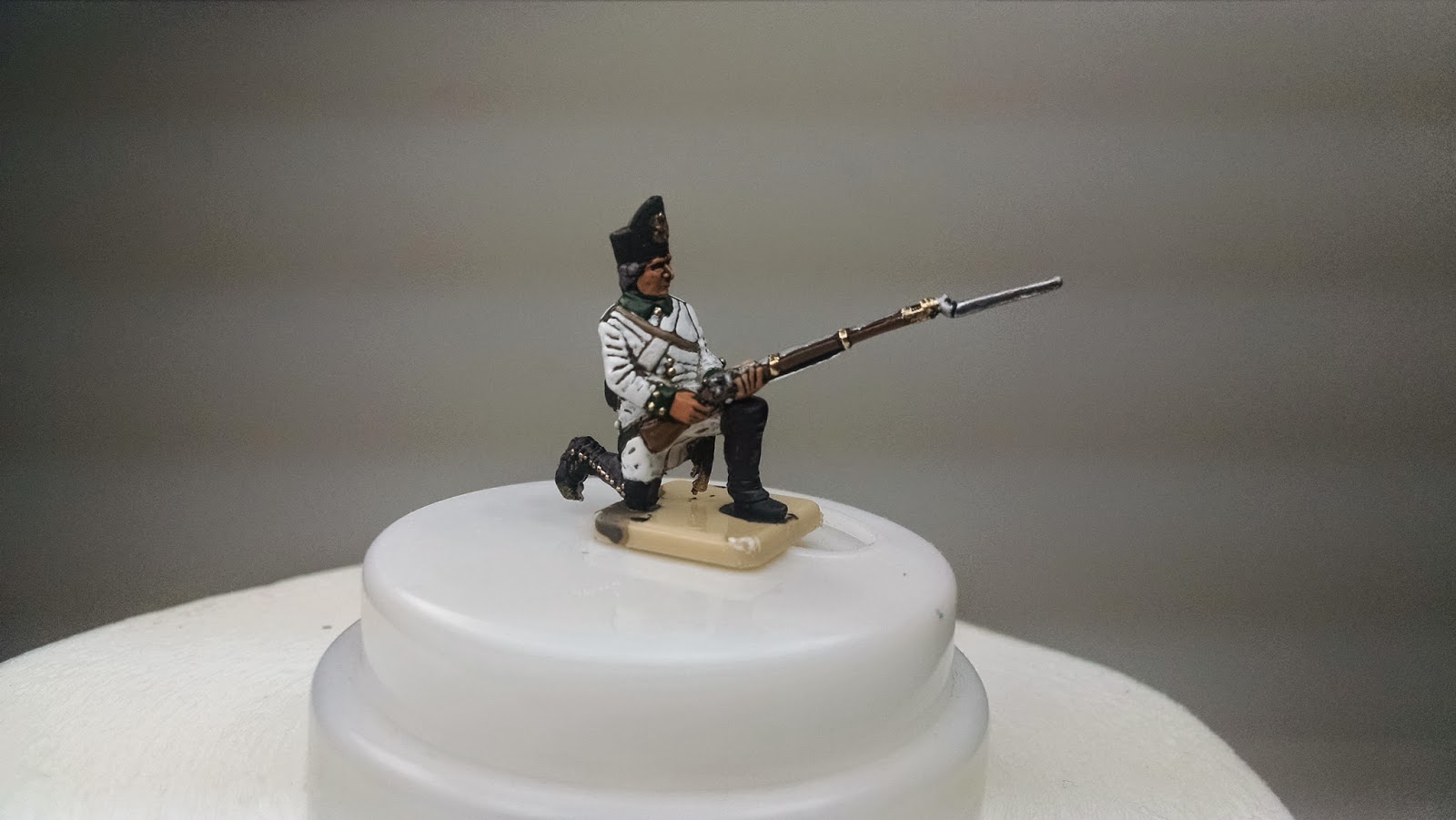 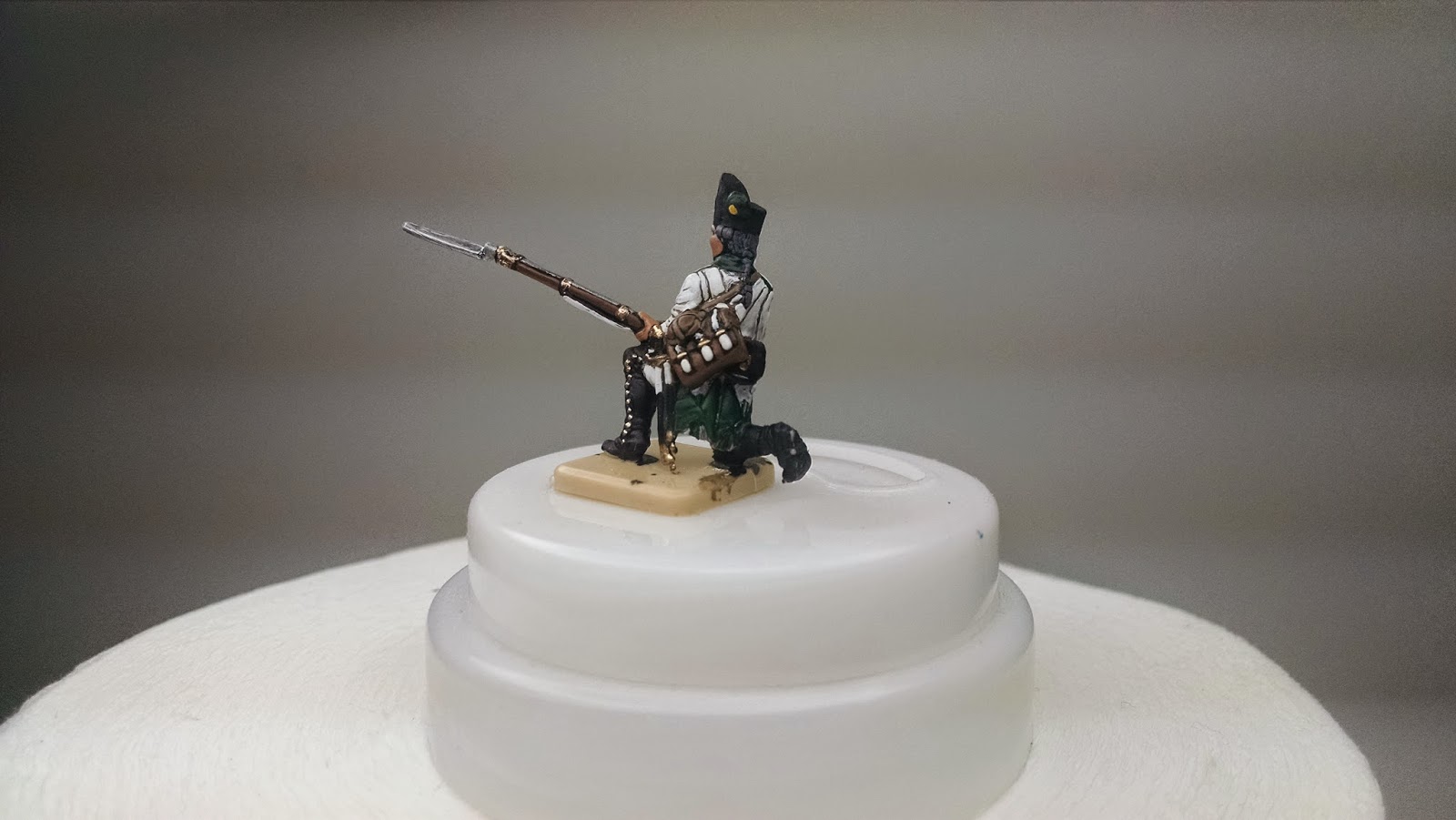 Anyways, please leave a comment on which is the more accurate. And if you have a tip on how to fix the first ones, please leave it, since I want a nice accurate diorama.

Thanks for visiting
have a good one
FF
Posted by FriendlyFire at 11:24 5 comments:

Good evening to all,

Here are some figures which have very few photos on the internet for some reason, which is strange since it is an incredible set. I can't vouch for their accuracy, since I don't know much about Chinese history myself, and PSR seemed a little confused as well. 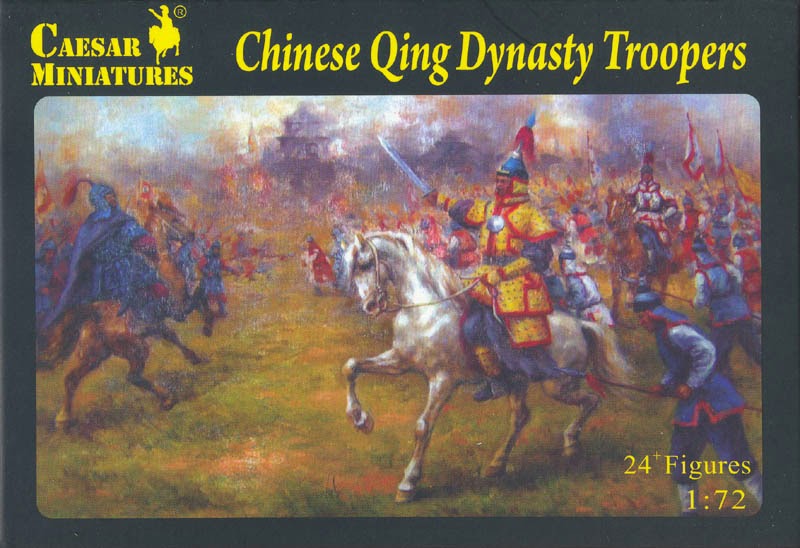 But that doesn't matter here, since what I'm doing with my medieval's is making a completely inaccurate and non historical world. I might use real world influences, but it's all what I like to see. It makes the project infinitely more fun to do, since you don't have to follow anything, you just paint what you think looks good.

These will be the Naval/Land (mostly naval) Infantryof my Mongol-esque barbarian army, which will be completely cavalry, unless they are besieging or at sea, where they bring in these guys.

I'm thinking that they could be from a more western land in the east that wants to separate itself from the Samurai Empire, siding with the powerful yet free Barbarians. Who knows, they may even want to use the mongols to destroy the Samurai for them, so they can control the lands. Their province is located on the shores mainly, and for that they have a powerful navy, which is vital to the horse-riding barbarians, who need something to counter the Emperor's mighty warships. 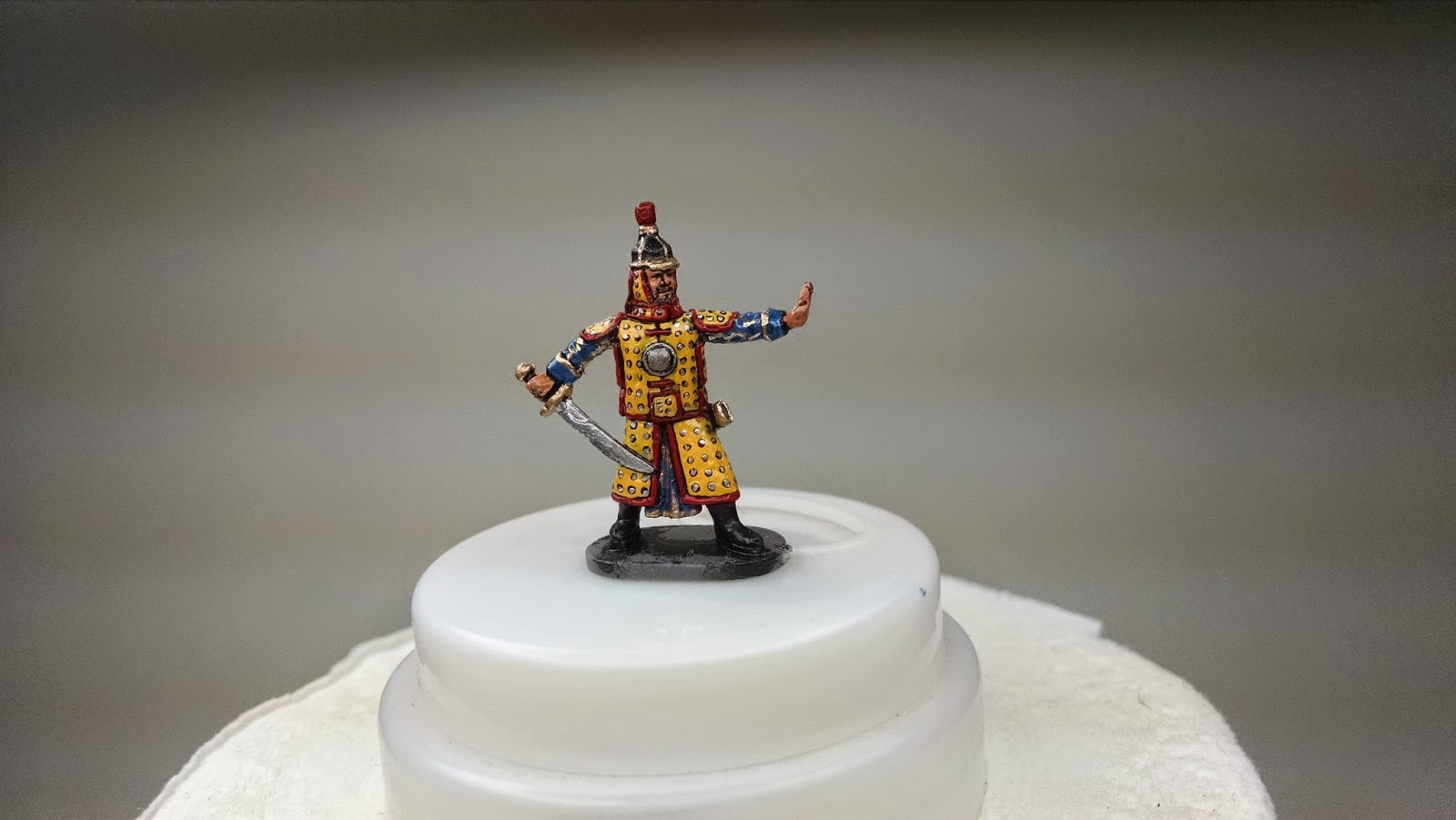 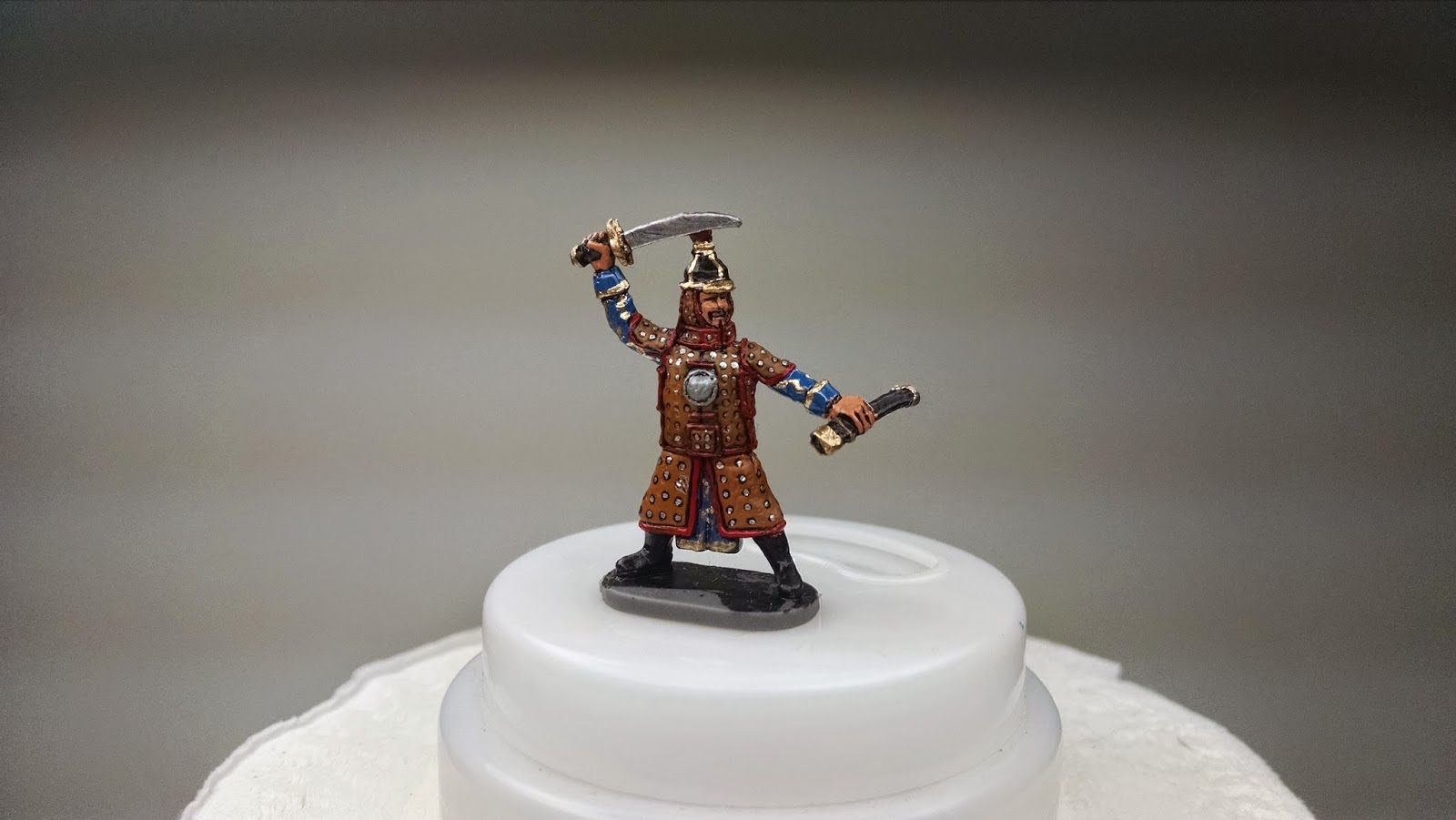 I have since gotten a flat blue, and gotten rid of that hideous gloss blue. This spearman needs a repaint. 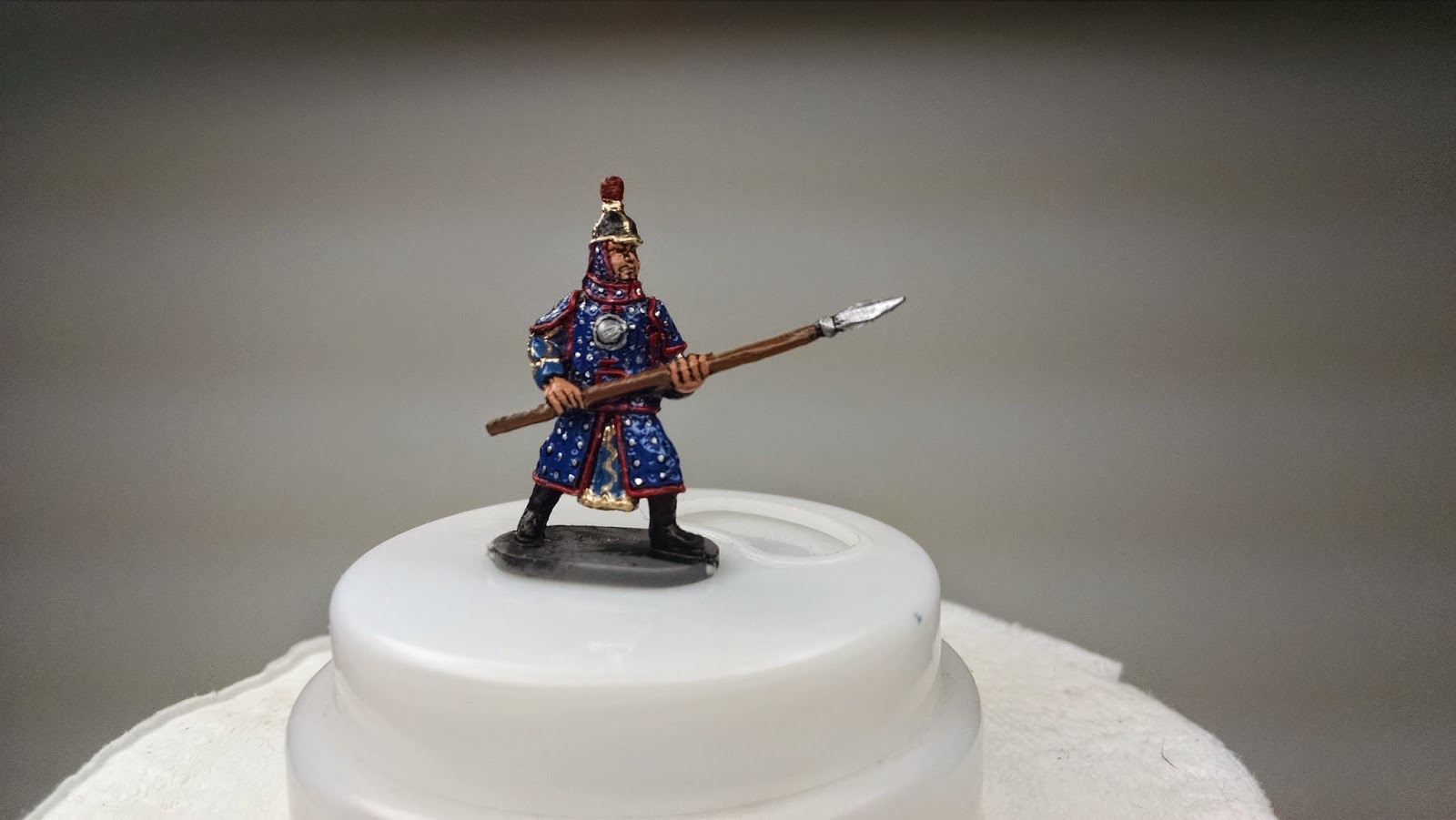 I have painted more than three, yet I just wanted to give a look at what they look like. I got two boxes of them off eBay when ordering my brothers presents, since Caesar thought 30 figures is an appropriate size for a box of infantry. Now thinking back though, I should have gotten one of these and one of the Ming box, since that one is much more rare.

Up next will probably be some test shots of Austrian Infantry (the box mentioned in my last post).
Thanks for visiting,
FF
Posted by FriendlyFire at 16:25 2 comments:

Tonight I will not be posting pictures of painted figures, but instead I am posting a question and hoping to see if someone has an answer. 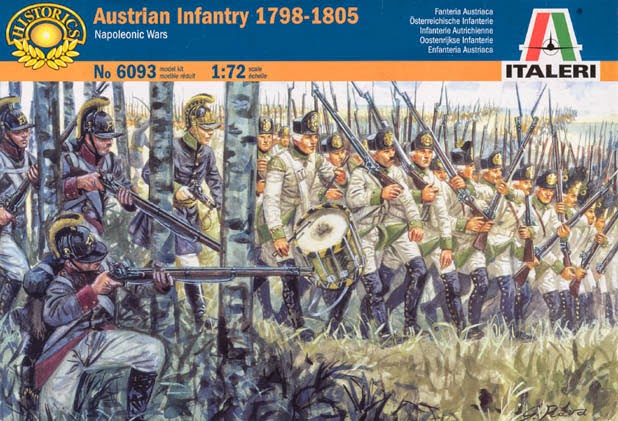 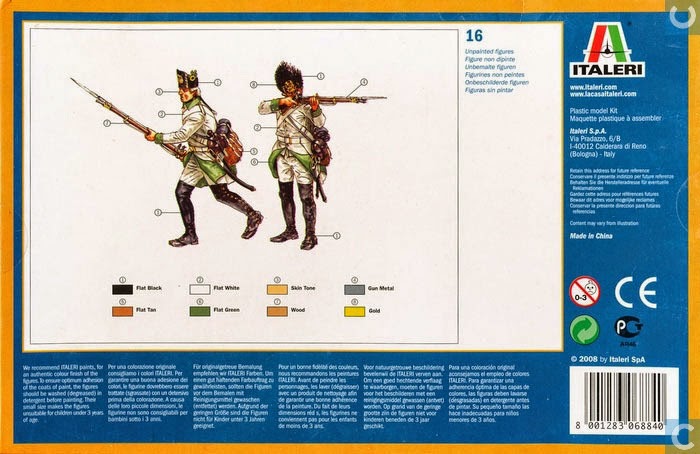 Today I picked up the Italeri box of Austrian Infantry, for I fell in love with them ever since first seeing them. I really am a sucker for the fancy new Italeri sculpts.

Anyways, I bought them, thinking I will base them all together for a little vignette, maybe Austerlitz, with all in formation, and plumes of smoke leaving the muskets as they unleash a volley on the enemy.

But then I realised that there are three different types of uniforms in the set. The first is the average infantry (fusilier? I am really new to Napoleonic nomenclature), the grenadiers (big roman-esque helmets, my favorite looking ones), and finally another, fluffier hat version. I looked through the osprey books my brother has, and they are all terribly confusing. I think the fluffy hats are Hungarians?

So I looked up the set online, and couldn't find a single painted version of them anywhere. Which is strange for such a beautiful set.

So my question is, what do I paint these guys? Do I follow the back of the box, or is Italeri wrong (like they are quite often)? Does anyone have good photos on what they should look like?

Thanks for reading,
I'll post my Qing troopers tomorrow or wednesday
FF
Posted by FriendlyFire at 14:45 3 comments: