Here's my lightly modded Bedford QLD  and QLT from the Airfix set I got a couple months ago. Excellent quality plastic and details. Very easy to build, if a high number of pieces doesn't scare you. Good price too, at 15$ for two detailed trucks. I will need to buy another set later to complete my armies.

I needed transport for both my 8th army and NWEuropean british army, yet didn't want to buys four of this kit for each to have two. Which is why I was relieved to hear that the QLT was never used in the desert. So now I am splitting them into both campaigns.

Here's my QLD converted to carry men for the 8th Army. (The Bren was initially from an old Airfix 8th army figure.) 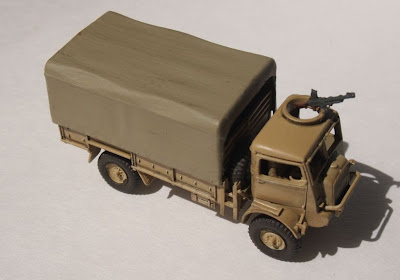 I made the benches out of Popsicle sticks. 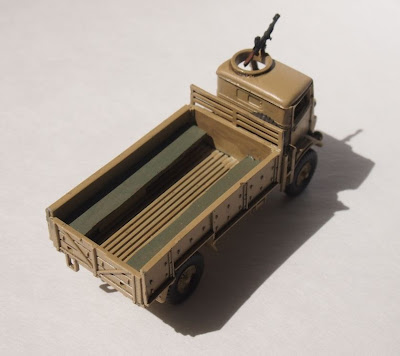 I still haven't weathered it since I haven't decided what Decals to put on it. 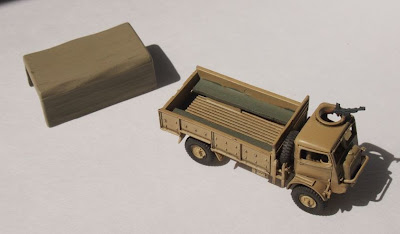 Here's my QLT now, on the one side that has the cammo finished, and the Bren needs to be added: 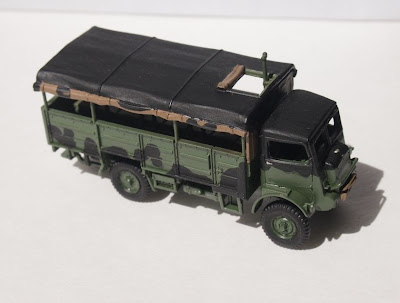 And this is where the Hat British Tank Riders would have sit, if they were still in production. 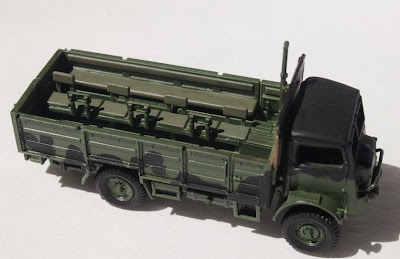 Up next is my Italian Artillery from Hat.

Comments and criticisms are welcome!

Thank you for reading!
FF
Posted by FriendlyFire at 08:07 6 comments:

Sorry for not posting, been working extra shifts, along with frequently visiting Ottawa Bluesfest and Arriving home around 1am. I also had to put my sweet old dog down, which wasn't easy for me at all.

On a better note, I have my Russians on their way, and have just yesterday received a surprising package from an incredibly generous reader. I'll be honest, I was worried when I opened it, since their are some scary people on the internet, and giving your address to them may not be the best thing to do, but this one turned out not to be one of those, and instead the most generous person I've ever met. They were very humble about even adding multiple extra little goodies, such as

-3x Complete Revell Crew (7 figures) from the German Artillery Set
-3x copies of the Officer figure from the Pegasus German Mortar Set,
-3x Der Fuhrer patting two Hitler Jugend on the head from the Pegasus Set (Vignette)
-A 30$ book from Osprey on the Desert Rats!

Thank you so much Lilith, now I have to send you something!

Anyways, here is my Italian Heavy Artillery I got a couple months ago but only painted last week:

Excellent Model. Not as big and detailed as the Revell Gun, but Faster to build and stronger. 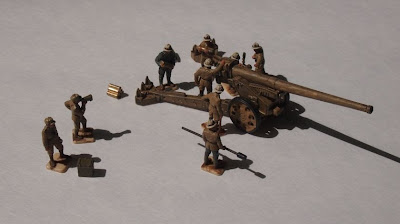 The crew were excellent figures, some of Italeri's finest sculpts (Except for the Office with the megaphone). I hope the rumors about them making a set of Italians for North Africa are true, because I would love to see more of this! 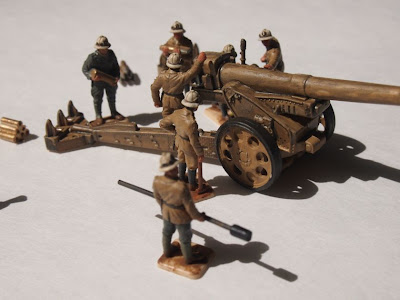 The crew will be based, once I figure out an appropriate way of doing so. 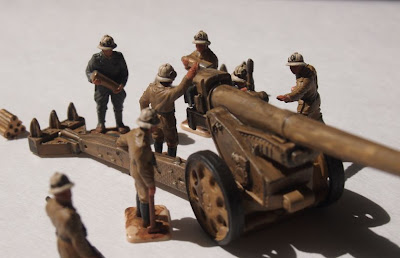 Leave your vote below in the comments.


Thanks for reading (and for some, thanks for donating!)
Feels great to be posting again!
FF
Posted by FriendlyFire at 05:29 2 comments: