It's Easter, and what an appropriate time to post Romans.

These are some of the guys from the new Strelets boxes, the Imperial and Repulican Marching and Ranks sets.

I decided to test out my converting skills, since I want to start sculpting full figures of my own, and made some into Centurions and Signifers, since the set lacked them.

They are very well done figures, just needing a lot of care to remove the flash and extra plastic, but they are well worth it, especially at the price they charge.

Starting off with the two Republicans. I simply used bodies from the Republican Ranks set, shaved the helmets down a bit, and made the crests of Greenstuff. I shaved the pilum into a stick. 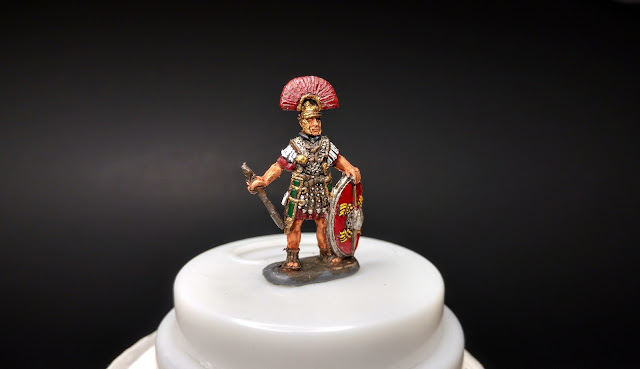 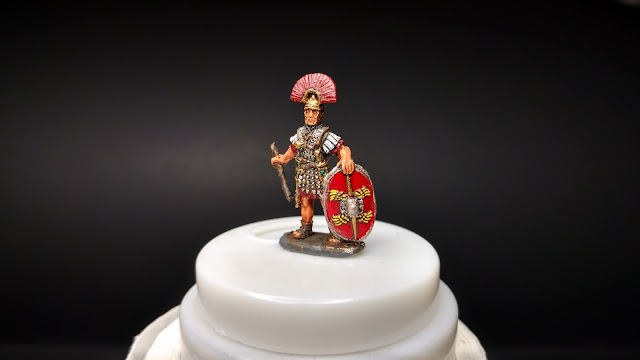 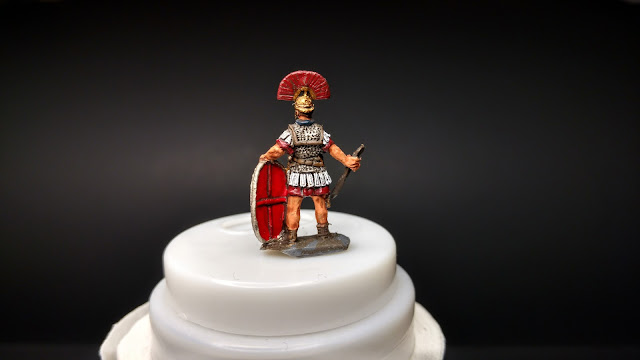 He looks like he's ready to dish out some discipline... 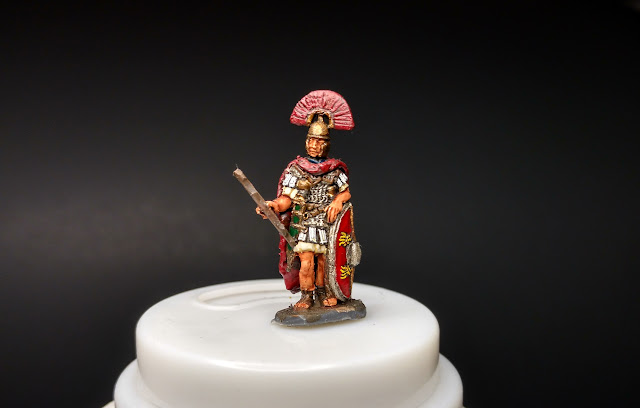 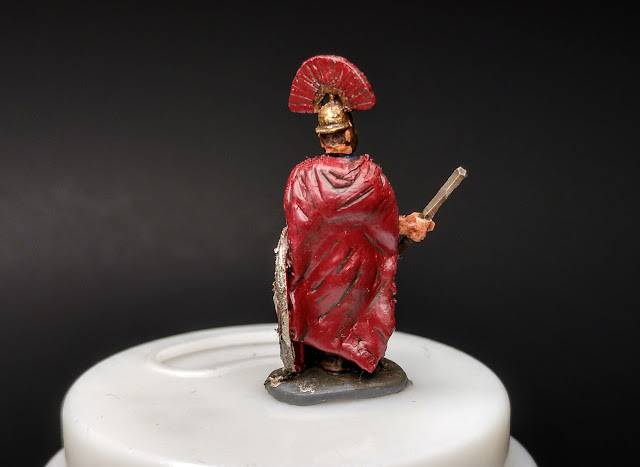 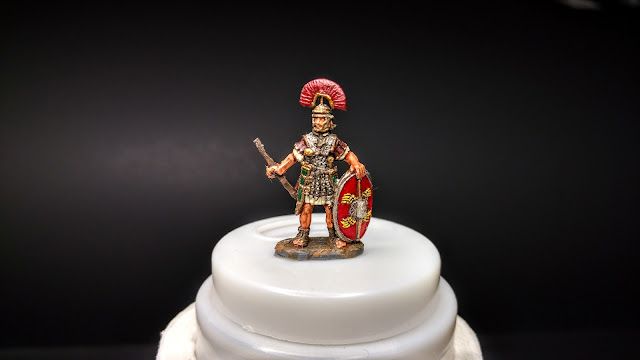 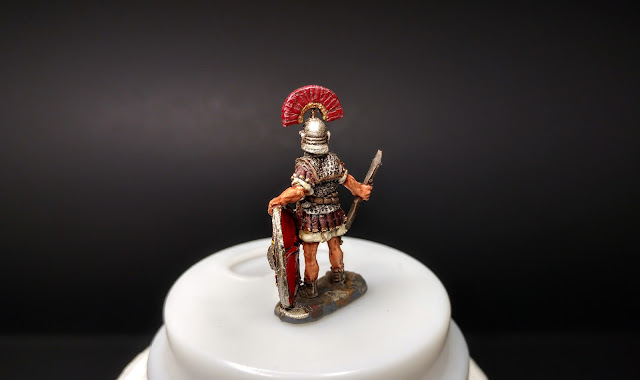 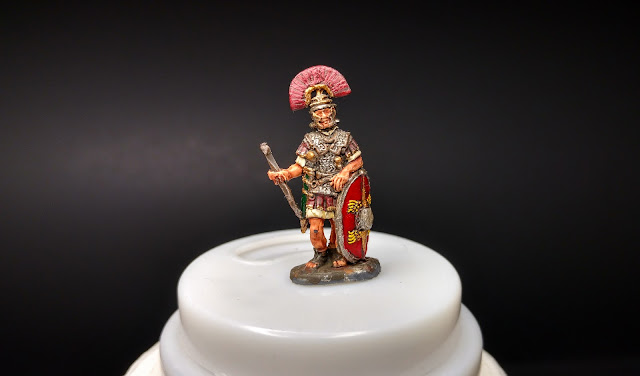 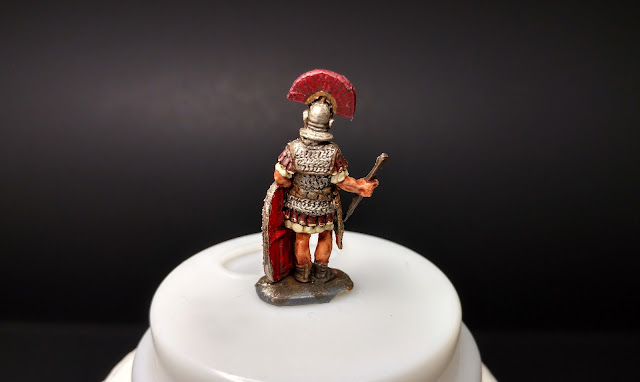 A work in progress, my first attempt at carving an animal head.Shield From Caesar Celtic Warriors, and the eagle is form Hat Roman Command. 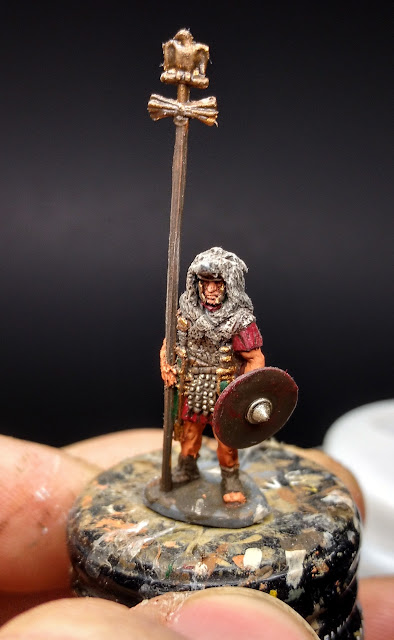 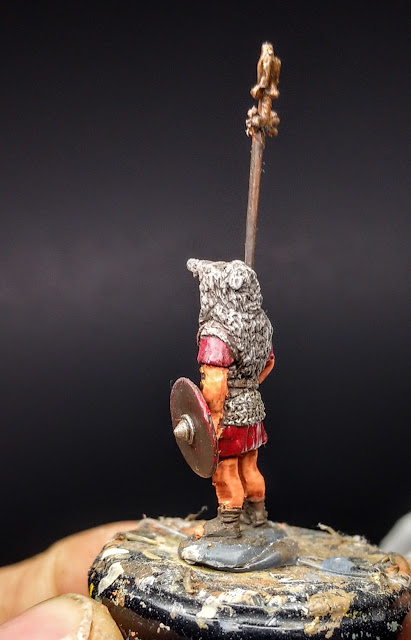 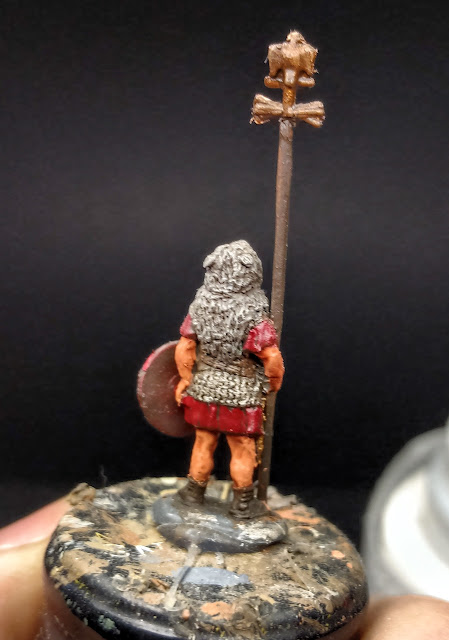 And for Lilith, my Persian Zebra rider. 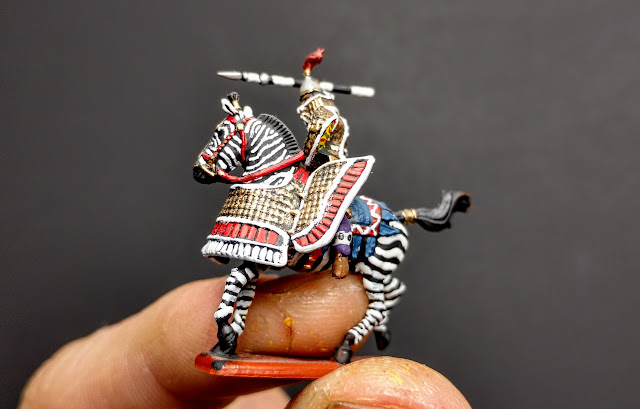 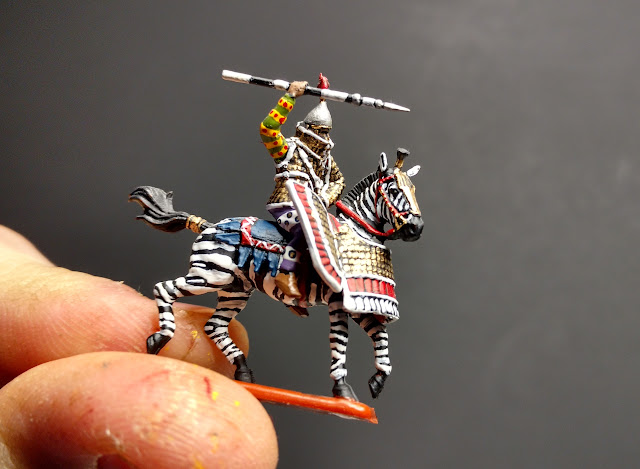 And that's it for today.

Happy Easter! Enjoy the time with family,
Thanks for reading.
FF
Posted by FriendlyFire at 07:43